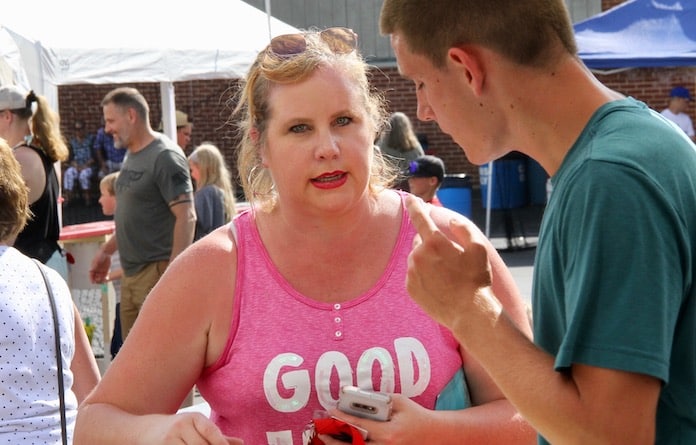 A Missouri man now faces felony charges for his role in a July 12 crash near Millstadt that killed a Waterloo woman and St. Louis man.

St. Clair County Assistant State’s Attorney Chris Allen said Friday that a warrant has been issued on two counts of felony aggravated DUI against Levi C. Gramlisch, 26, of St. Louis. He is not yet in custody. Bond is $50,000 on the charges.

Illinois State Police said that shortly before 9:45 p.m. Tuesday, July 12, a two-vehicle crash occurred on Route 158 at Douglas Road near Millstadt in St. Clair County, resulting in the deaths of Mary Kinsey, 49, of Waterloo, and Daryl Maynor, 63, of St. Louis.

According to the charges, Gramlisch driving over the legal alcohol concentration limit was the “proximate cause of the deaths” of Kinsey and Maynor.

ISP said a white 2004 Chevrolet truck driven by Gramlisch was traveling west on Douglas Road and disregarded the stop sign at Route 158, striking a black 2020 Chevrolet Equinox driven by Kinsey that was traveling south on Route 158.

Gramlisch was transported to an area hospital for treatment of serious but not life-threatening injuries. Maynor, a passenger in his truck, was ejected during the crash and pronounced deceased at the scene.

Kinsey was also pronounced deceased at the scene. One juvenile passenger in her vehicle was airlifted by helicopter to a St. Louis hospital for treatment of serious injuries. Two other juveniles in the vehicle declined medical transport.

ISP also cited Gramlisch for disobeying a stop sign, improper lane usage, no seat belt and failure to reduce speed to avoid a crash, according to the incident report.

Kinsey, a single mother of two sons, was an active member of Ss. Peter & Paul Catholic Church in Waterloo.

A GoFundMe has been created to raise funds for Kinsey’s two young sons. To donate, click here.