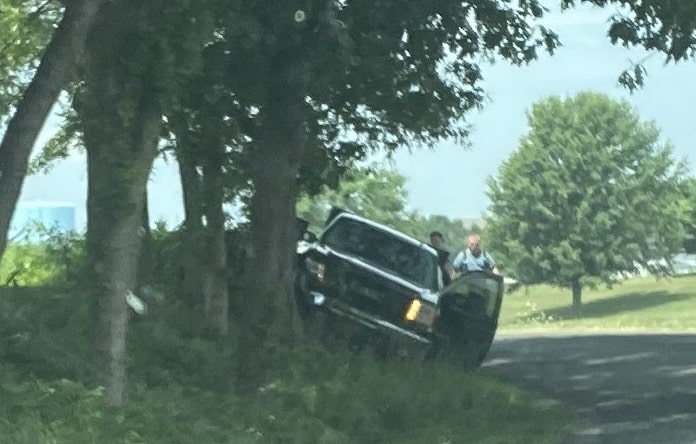 Columbia police, fire department and EMS personnel responded shortly before noon Wednesday to Palmer Road near the entrance to Palmier Cemetery after a pickup truck traveling the wrong way crashed into a tree after swerving to avoid an oncoming vehicle.

That roadway, which runs behind Braun Family Funeral Home near Immaculate Conception Church & School and is for westerly traffic only, is being used more frequently this summer as Quarry Road is closed for construction of a roundabout.

Police said a black 2011 GMC Sierra driven by Ryan Worley, 20, of Columbia, was traveling east on Palmer Road and swerved to avoid a vehicle traveling west – the proper direction – on the one-way road. This resulted in the truck crashing into a tree. Worley and a female passenger in the truck both refused medical transport from the scene.

Worley was cited for driving the wrong direction on a one-way road.

Police reminded the public to obey all traffic signs in that area.