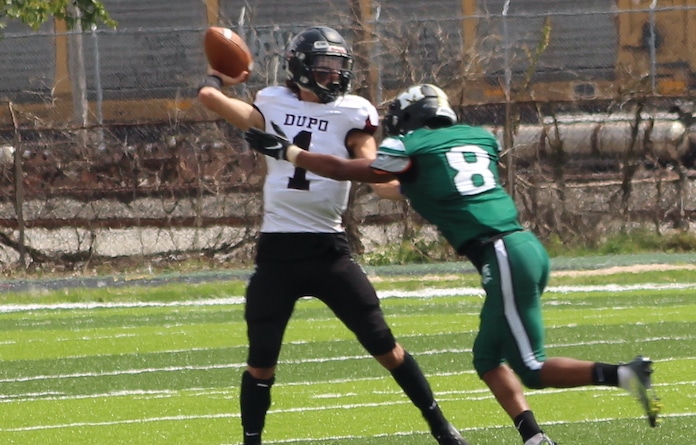 The Dupo High School football team improved to 2-2 on the season with a 22-6 win at home Friday night over Wesclin.

Freshman quarterback Deegan Prater was 11-for-17 passing for two touchdowns and one interception and also rushed for 108 yards on 13 carries to lead the Tigers.

Further helping Dupo’s defensive effort in the win was Trey Chadduck, who recorded a sack among his six tackles and seven assists on the night.

“Our biggest key to victory was that our defense showed up to play,” first-year Dupo head coach Zach Klaustermeier said. “We have been preaching rallying to the ball and tackling as a unit. That finally happened last week.”

Klaustermeier  said he was proud of how his squad put forth effort and determination to pick up this win.

“It was by no means a great game,” he said. “It had its sloppy moments, but we stayed on course and got a win.”

The Tigers will aim to pick up another victory this Friday when they travel to Carlyle, which is also 2-2 on the season.