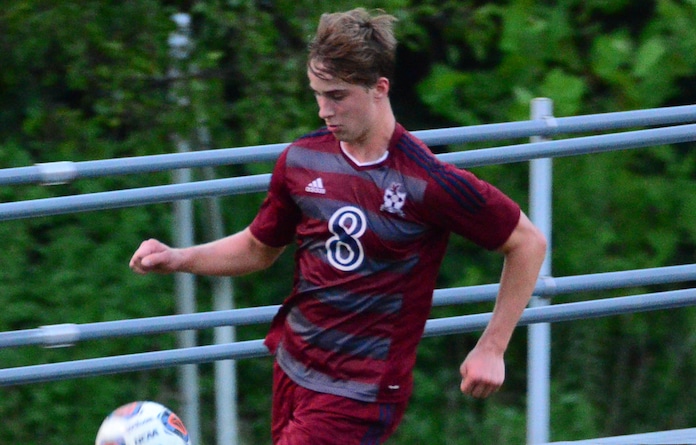 The regular season is nearing its end in high school soccer, with local squads prepping for what is sure to be a grueling playoffs.

Columbia (11-4-1) is peaking at the right time, besting Highland on Monday for its seventh straight win. Jack Steckler, Danny Repp and Micah James all notched goals for the Eagles.

On Friday, Columbia won 3-0 over Rochester at Chatham Glenwood. Cam Ellner had a goal and two assists. James and Repp scored the other goals.

On Thursday, Columbia won 7-0 over Salem. Steckler scored four goals and had an assist. Repp added a goal and two assists. Ellner had three assists.

Columbia played Tuesday at rival Waterloo, with the teams battling to a 2-2 tie.

The Eagles travel to Burlington, Iowa, for a tournament this weekend and will host Marquette this coming Tuesday.

Columbia will compete in the IHSA Class 1A Freeburg Regional played the week of Oct. 10, with Gibault, Valmeyer, Freeburg, Wesclin and Salem also in that bracket.

On Monday, the Hawks lost 7-0 at Webster Groves. That was preceded by a 2-0 loss at Freeburg on Saturday.

On Thursday, the Hawks won 1-0 over Granite City at Oerter Park. The game went to penalty kicks, with Gibault winning 4-3 in PKs. Andy Altes made 13 saves in net for Gibault.

Tayon leads the Hawks in scoring this season with five goals and two assists.

Valmeyer (3-9) lost 8-1 at Wesclin on Monday. Vincent Oggero notched the goal for the Pirates.

On Friday, Valmeyer lost 3-1 against Maryville Christian. Mason Eschmann netted the goal for the Pirates.

On Thursday, Oggero scored both goals in an 11-2 loss to Wesclin.

On Thursday, the Bulldogs lost 2-0 at Civic Memorial. AJ Sensel made six saves in net for Waterloo.

Last Tuesday, Waterloo picked up a 3-2 victory over Highland. Ty Kinzinger, Henry Huels and Eli Schwehr all scored for the ‘Dogs.

Caeden Wille leads Waterloo in scoring this season with 13 goals and three assists.