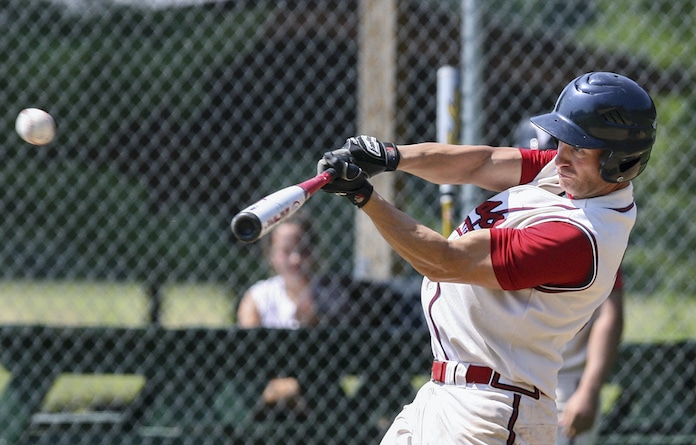 A 1996 Waterloo High School graduate who enjoyed baseball success at the college, amateur and independent professional levels before becoming a trainer and coach died Sunday in St. Louis.

Jeremiah Bergheger, 44, of Warson Woods, Mo., formerly of Columbia, was most recently serving as an assistant coach for the Christian Brothers College High School baseball team in St. Louis.

“While he was only with our program for the past year, his passionate presence made a strong impact on our young men,” CBC head coach Mason Horne – who has Monroe County ties – stated in a post on social media.

“Sunday, my ex-husband and the father of my children, Jeremiah, passed away unexpectedly,” she posted. “As you can imagine, this is something you never want to have to tell your children. We are all completely heartbroken and still trying to process.”

The cause of Jeremiah’s death has not yet been released.

Visitation is from 4-8 p.m. Aug. 15 and 9 a.m. until time of service at First Baptist Church in Columbia. Funeral services are 10 a.m. Aug. 16 at the church, Pastor Jonathan Peters officiating. Interment will be at Evangelical St. Paul Cemetery in Columbia.

After graduating from WHS, “Bergy” went on to play ball at Southwestern Illinois College and Southern Illinois University Edwardsville in the late 1990s and then for the Valmeyer Lakers of the Mon-Clair League.

He played for the Gateway Grizzlies, Cook County Cheetahs and River City Rascals of the Frontier League in the 2000s before returning to playing in the Mon-Clair League in addition to serving as a trainer and teacher of the game.

In a show of his lifelong love of baseball, Jeremiah played with the St. Louis Spikes in the 2021 Valmeyer Midsummer Classic at Borsch Park.