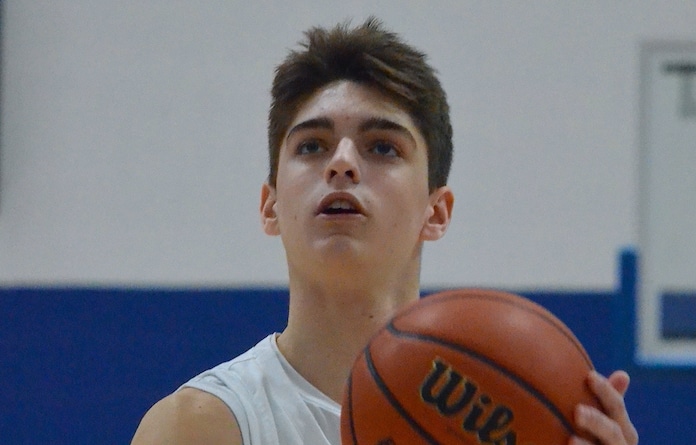 The high school boys basketball season gets underway with one local squad in a week-long tournament and a cross-town rivalry clash this weekend.

The Eagles continued tourney play with a Tuesday night match-up against Nashville, winning 56-37. Columbia went on a 13-3 run in the third quarter to pull away. Sam Donald led the way with 17 points and 11 rebounds.

The Eagles play Wesclin on the tourney co-host’s home court at 7:30 p.m. Friday. The tourney concludes Saturday with games at Mascoutah High School, with the tourney final expected to tip off about 6:30 p.m.

The Eagles return a few key members of last season’s team that went 23-9.

Murphy, a 6-foot-7 senior, averaged more than 15 points per game and is an NCAA Division II commit to St. Leo.

Waterloo opens its season at home this Saturday at 7 p.m. against cross-town rival Gibault.

The Bulldogs lost most of their scoring from last season due to graduation, but do return talented 6-foot-9 sophomore Alex Stell. He led the Mississippi Valley Conference in rebounding at eight per game to go along averaging eight points per game and has worked hard in the offseason.

Waterloo will look for contributions from 6-foot-4 senior Wyatt Fink and 6-foot-7 junior Rodrigo Lopez-Tercero, among others, this winter.

Gibault enters its 2022-23 campaign with some excitement, as two key players return from a squad that went 22-10 last season.

Kaden Augustine, a 6-foot-tall senior, averaged 14 points per game for the Hawks last season – including 40 percent shooting from three-point range.

Another returning senior for Gibault is Kameron Hanvey, who averaged nearly 10 points per game in addition to playing solid defense. He averaged more than 2.3 steals per contest last season.

Valmeyer has a new head coach this season. John Wuelling, who previously served as an assistant coach, takes the reins from Neil Siburt.

Two seniors who will be counted on to lead the Pirates this winter are Elijah Miller and Vincent Oggero.

Valmeyer opened its 2022-23 campaign Tuesday at Red Bud, falling 60-39, and will compete in the Valley Park Tournament next week, starting with a game against St. Pius X on Tuesday night. The Pirates then battle tourney host Valley Park on Wednesday.

Harry Miller led the Pirates in Tuesday’s loss with 15 points.