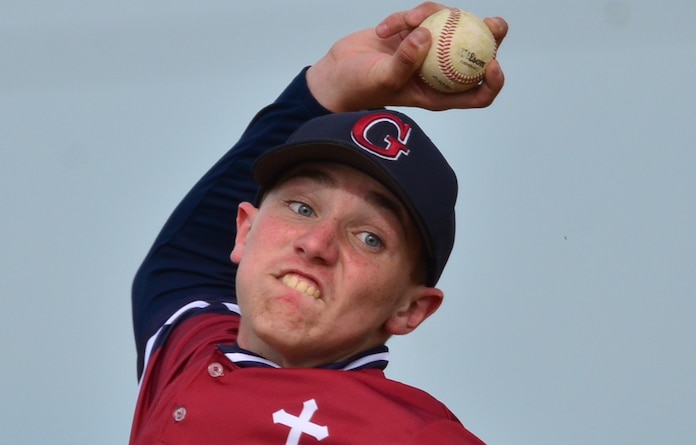 As the high school baseball season surpasses its midway point, local teams are finding their identity.

The Hawks battled hard against a tough Belleville East squad Wednesday before falling 11-9 in 10 innings. Daniel Darin went 4-for-6 with two runs scored for Gibault.

On Monday, the Hawks won 13-2 at Valmeyer. Jack Basler went 2-for-4 with three RBIs and Hudson Blank, Kameron Hanvey and Chase Schrader all added two hits each for Gibault. Darrin Kunkelmann pitched five innings for the win.

On Saturday, Gibault split a doubleheader with Freeburg. In a 9-7 win, Darin homered and picked up the mound victory. Blank, Schrader, Jude Green and Peyton Schaefer all collected two hits. In a 9-1 loss, Blank turned in a 3-for-3 offensive performance with a home run.

On Friday, the Hawks won 9-8 in nine innings against Trico. Green picked up the mound victory with three and two-thirds scoreless innings pitched. Blank again had three hits, as did Schrader.

Gibault plays Thursday at Civic Memorial and battles Alton at GCS Ballpark in Sauget on Monday.

The Eagles won 13-1 over Okawville on Wednesday, plating all of their runs in the first inning. Aidan Gaither went 3-for-3 with two RBIs and Dom Voegele went 2-for-2 with a pair of RBIs.

On Tuesday, Columbia won 12-3 at Salem. Logan Mueller went 4-for-5 with a home run, two doubles and five RBIs. Kyle McConachie and Alex Schreckenberg added three hits each. Voegele added two hits and struck out 11 over five innings for the mound victory.

Columbia won 20-6 at Dupo on Monday. An eight-run second inning set the Eagles for flight. Lucas Riebeling had a triple and five RBIs.

On Friday, Columbia tied Belleville West at Busch Stadium, 5-5. The Maroons plated two runs in the seventh inning to tie the contest.

Last Tuesday, the Eagles won 19-2 over Wood River. Mueller went 4-for-4 with a home run, triple and two doubles and eight total RBIs.

Kyle McConachie is hitting .411 with 19 runs and 10 doubles for the Eagles.

On Monday, the Bulldogs lost 10-2 to Jerseyville. Chase Veto went 1-for-2 with both runs scored for Waterloo, which committed five errors in the game.

Waterloo got revenge on Jerseyville the very next day, winning 6-5 on Tuesday. Evan Davis went 4-for-4 with three doubles, two RBIs and three runs. Noah Meyers went 2-for-3 with two RBIs, and Ethan Horvath pitched four solid innings for the mound victory.

On Saturday, Waterloo won 6-4 at Carterville.  Jack McFarlane went 2-for-3 with two runs and Ben Barlow pitched two scoreless innings for the victory.

Last Thursday, the ‘Dogs picked up a 3-2 win in 10 innings over Collinsville. Davis had the only hit for Waterloo, with Josh Dluhy adding an RBI. Nolan Veto pitched three scoreless innings for the victory.

Last Tuesday, Waterloo lost 13-2 to Mt. Vernon at GCS Ballpark. Davis went 2-for-3 with a triple and RBI.

Waterloo will play Friday and Saturday in Centralia before taking on Civic Memorial on Monday.

On Tuesday, the Pirates lost 11-1 to Marissa. Evan Rowe-Brown had the only hit for Valmeyer.

In Monday’s loss at home to Gibault, Vincent Oggero went 2-for-2.

On Friday, the Pirates dropped a 14-6 game to Chester. Evan Rowe-Brown went 3-for-4 with two RBIs and Elijah Miller added two hits and two stolen bases.

Dupo (1-9) is trying to muster some offense.

The Tigers lost 11-1 to Lebanon on Tuesday. Nate Ticer went 2-for-3 with a triple and run.

In Monday’s loss to Columbia, Logan Stevens went 2-for-4.

Last Tuesday, Dupo lost 5-0 to Marissa. Stevens had the only hit for the Tigers.

Stevens is hitting .333 and Hunter is hitting .375 for Dupo, which plays Thursday at New Athens and travels to Valmeyer this coming Tuesday before battling Gillespie at GCS Ballpark next Wednesday evening.