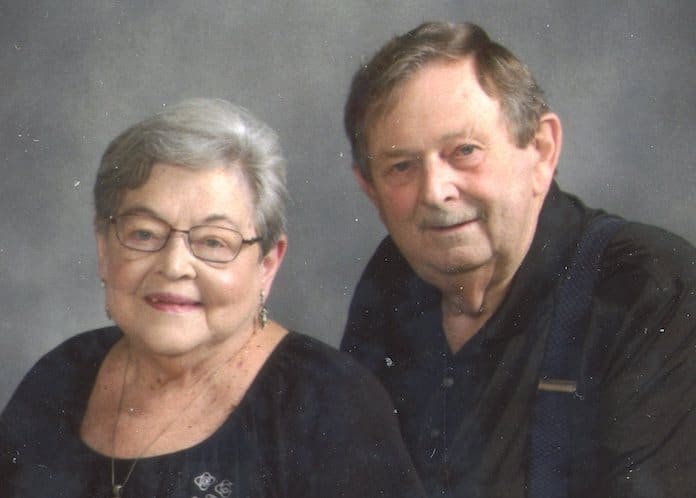 Marvin Henry and Carolyn Rodenberg were married 60 years ago on Nov. 17, 1962, at Holy Cross Lutheran Church in Renault. They have three children: Lisa Henry Huebner, married to Pat Huebner; Michael Henry, married to Tina Lancaster; and Scott Henry, married to Courtney Coleman. The couple has six grandchildren: Mikayla, Sheldon, Colton, Brannen, Griffen and Harper. Mikayla was taken from the family in a 2011 automobile accident. There are three great-grandchildren: Aniken, Archer and Daisy, all children of Sheldon and Whitney Hoefft. The Henrys have spent their years enjoying dancing and camping in various places such as the Tetons, Yellowstone and Canada. The couple also enjoys spending time with their grandchildren and wish God will grant them more years together.