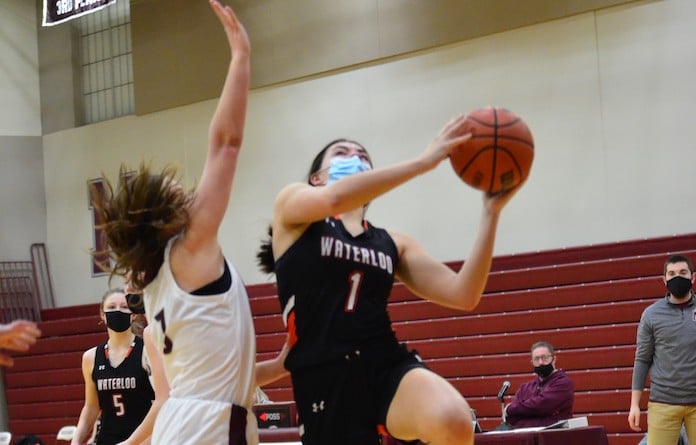 The high school girls basketball season was short-lived, and all local teams have lost more than they’ve won. With victories this week, girls hoopsters are hoping to end things on a positive note.

Waterloo (3-9) dropped a 52-34 contest at Triad on Monday night. Norah Gum and Sam Lindhorst each scored 12 points for the Bulldogs.

On Tuesday, Waterloo won 51-48 at Mascoutah in thrilling fashion. Lindhorst sank a three-pointer in the final seconds to give the Bulldogs a much-needed victory. Lindhorst, a sophomore, made five three-pointers on the night en route to 24 points. Gum added 14 points for Waterloo, which hosts Highland to end the season Thursday.

Columbia (5-7) needs victories in its final two games Thursday at Wesclin and Saturday at Gibault to salvage a .500 season. The Eagles won 53-22 at Carlyle on Tuesday night.

Columbia outscored Carlyle 34-9 in the second half. Karsen Jany poured in 13 points and Ava Khoury added nine points and 12 rebounds.

Gibault (5-10) lost 47-39 to Althoff on Wednesday. Four-year starter Maddie Davis, who recently reached the 1,000-point milestone and recently set a new career record for steals at the school, dished out four assists to set a new career mark at Gibault with 403. She scored 19 points on Wednesday. Gibault plays at Mater Dei on Friday before Saturday’s showdown with the Eagles.

Valmeyer won its first game of the season Monday at Dupo, 49-29. The Pirates, who lost Friday at home to Dupo by 25 points, turned the table on the Tigers at their place. Valmeyer outscored Dupo 29-9 in the second half.

Tinleigh Jakimauskas led the Pirates with 21 points, including five three-pointers. Ariana Gibbs, playing in her first game of the season, added 14 point for Valmeyer.