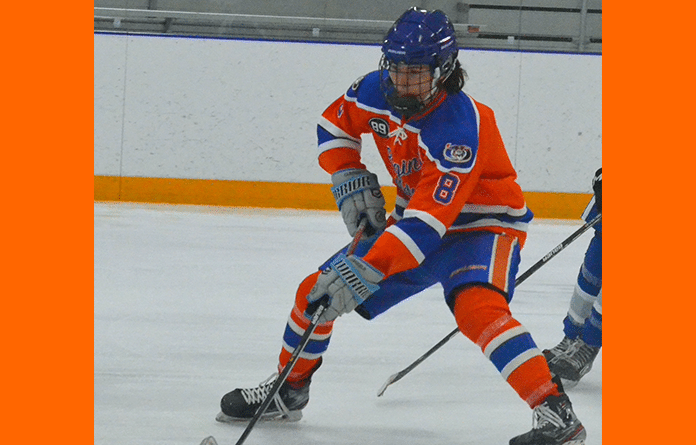 The Freeburg-Waterloo Raging Bulldogs improved to 10-1-1 on the season with easy victories over Vianney, Alton and Collinsville in recent action.

Logan Ganz, with three goals and four assists in last Thursday’s 10-1 win over Vianney, became the all-time career points and goals leader for Freeburg-Waterloo. He surpassed Nick Mumford in both categories.

On Thursday, Ganz scored four goals and dished out seven assists in a 12-3 win over Collinsville. He became the team’s career assists leader in the process. His 11-point game is also a team record, as is the seven-assist effort.

In 64 career games, Ganz now has 93 goals and 64 assists for Freeburg-Waterloo.

Donovan Knuckles, who ranks third in the league in scoring, notched four goals in last Thursday’s win for the Raging Bulldogs. He added a goal and three assists in Monday’s win.

In 12 total games, the Raging Bulldogs have outscored their opponents to the tune of 100-27 this season.

Freeburg-Waterloo battles a tough Belleville bunch Tuesday night. Both games are at the McKendree Metro Rec Plex in O’Fallon.

The Columbia Ice Eagles (8-0-3), which had been idle since Nov. 29, took on Triad in O’Fallon on Tuesday, winning 6-2. Rece Sanderson and Carter Lynch each scored twice for Columbia.

Columbia tangled with Belleville on Thursday, winning 6-4. Jack Reuss and Nathan Carr scored two goals each for the Ice Eagles.

On Monday, the Ice Eagles face Vianney in Fenton, Mo.

On Tuesday, the Ice Eagles face O’Fallon in O’Fallon.