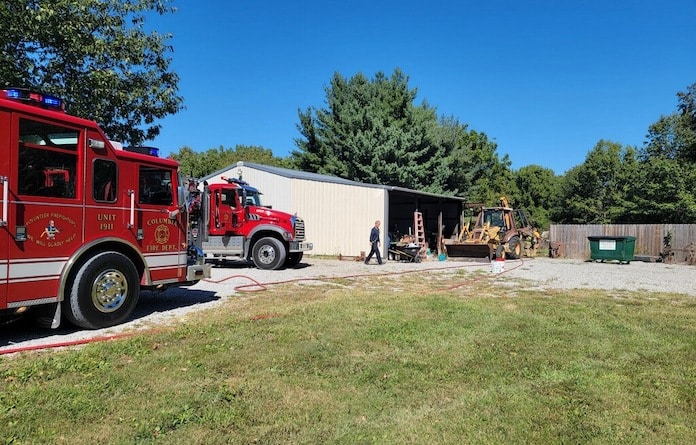 The Columbia Fire Department responded shortly after 1 p.m. Wednesday for the report of a structure fire in the 2300 block of Pruitt Lane off Triple Lakes Road in rural Columbia.

A lean-to structure was reported to be on fire near gas tanks and other equipment in the area. When CFD arrived, the fire was mostly extinguished. Several other are departments were asked to respond as mutual aid, but were advised to stand down.