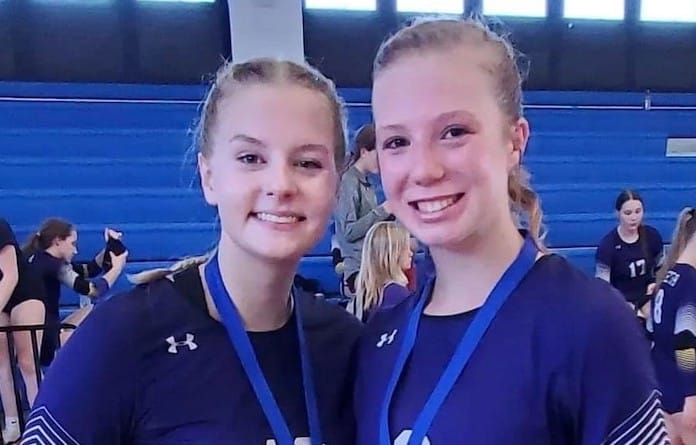 The high school volleyball season is underway, and a few local teams spiked right into action with tournament play.

Valmeyer is off to a 5-1 start following a second place showing at the 13th annual Roxana Invitational.

After downing Auburn and Piasa Southwestern in two sets each, the Pirates topped Carrollton in three sets and powered past Marquette to reach the tourney final against the host Shells.

Valmeyer lost in three sets to Roxana on Saturday, 25-17, 24-26, 18-25. Markee Voelker and Jayna Krekel represented the Pirates on the all-tournament team.

The Pirates played Tuesday at Sparta, will play this coming Tuesday at New Athens and host Steeleville on Sept. 8.

Kaylyn Woods leads the Tigers in service points, kills and digs in the early going this season.

Dupo hosts Madison on Wednesday and Marissa on Thursday.

Abby Grohmann had 10 kills and Lucy Range finished with 10 points and 11 assists to lead the Hawks in that win.

On Saturday, the Hawks closed out tourney play with a three-set loss to Wesclin and two-set victories over Lebanon and Steeleville.

The Bulldogs host Collinsville on Sept. 7.