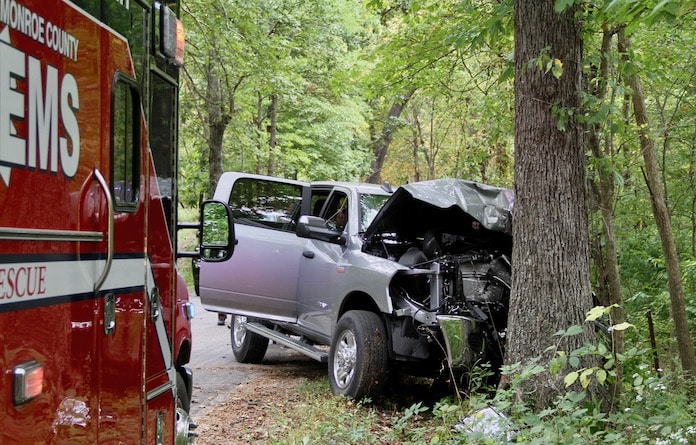 Emergency personnel responded about 11:40 a.m. Friday to the 5500 block of MM Road east of Reed Road in rural Monroe County after a Dodge Ram struck a tree.

The male driver and his dog survived the impact with the help of air bag deployment, although the man did report minor injuries.

The driver was identified as 67-year-old Gary L. Schwartzkopf. He sustained cuts on his arms and head and was evaluated by Monroe County EMS, police said, but refused medical transport.