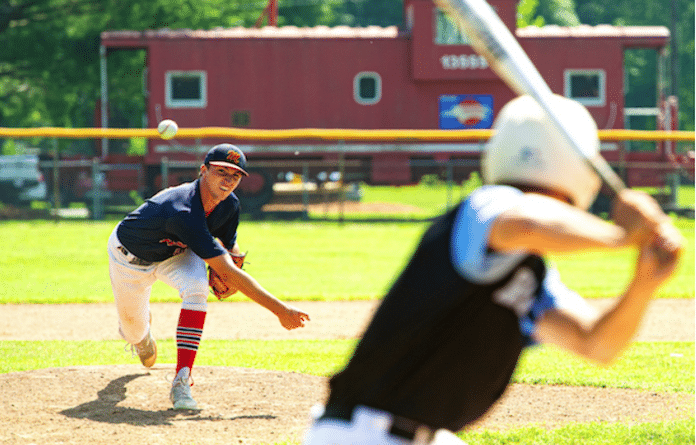 At the May 4 meeting of the Valmeyer Village Board, the Valmeyer Jaycees presented a tentative schedule of events for its 2021 Midsummer Classic to be held at Borsch Park in Old Valmeyer.

The annual event, which coincides with the Fourth of July holiday, was canceled last summer due to COVID-19 restrictions.

In light of the Illinois moving toward a full reopening in June, Valmeyer Mayor Howard Heavner believes the time is right to have a celebration.

“Something has to happen, Heavner said. “I do think we need a parade, fireworks and baseball,” among other usual midsummer Valmeyer traditions to prevent residents from becoming more “frustrated” than they already may be.

The two bands, Well Hungarians and Aftershock, are slated to play July 3 and July 4, respectively.

Valmeyer Village Administrator Dennis Knobloch reported that the Monroe County Health Department is “satisfied, with current CDC guidance, that we would be well within guidelines for not creating extra risk” by having a celebration.

Jaycees representatives said they were looking into a ventilation system for the band area that would provide constant airflow in order to lower any potenial health risks.

The board voted to approve the list of events as well as permission for games and food stands as well as liquor licenses, pending approval of state-level applications.

Heavner advised that organizers need to exercise “patience” regarding preliminary efforts and that the board wanted to “give people confidence that something is going to happen.”

Also at the meeting, outgoing trustees Jean Langsdorf and Roy Unterseh were recognized for their years of service to the village.

In recognition of their decades of work, including relocation efforts after the Flood of 1993, May 4-10, 2021 was “Jean Langsdorf Week” in Valmeyer with the following week being dedicated as “Roy Unterseh Week.”