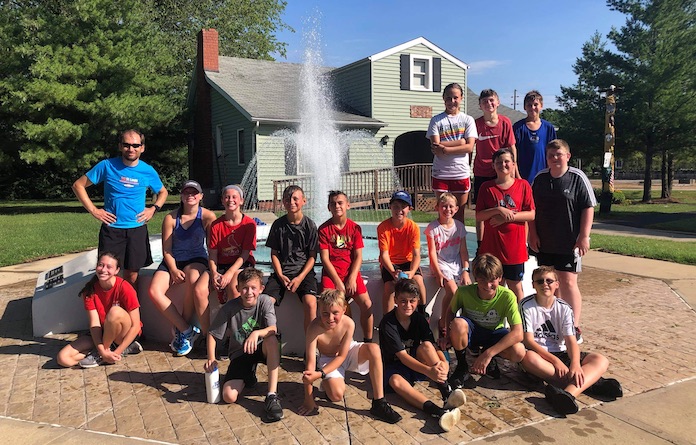 About 30 kids from the Columbia area are staying active with the newly formed Columbia Summer Running Club.

Local youngsters run various distances based on their age, ability and weather.

Each session includes a warm-up, one or two running activities, a game, and stretching.

This is the first year for the program, which is led by Immaculate Conception School cross country coach Michael Braun.

An avid runner himself, Braun said the objectives of this club are to create a safe and fun environment that excites the kids about running.

“It is difficult for these kids to get up early in the morning during the summer, but running is a sport that rewards consistency,” Braun said. “Some days the kids do not even realize they are running because they are engaged in the activity, such as a photo scavenger hunt or a search to be first to find their hidden rubber ducky.”

Braun oftentimes brings summertime treats to finish off the session. One favorite activity of the club is a water fight – which ultimately turns into spraying the coach with a water gun after he makes them run hill repeats.

The runners are all working toward earning their “100-Mile Summer” T-shirts.

Once a runner reaches 100 miles for the summer, they receive a T-shirt they can proudly wear.

“Some of the runners are already getting close to the 100-mile goal,” Braun said.