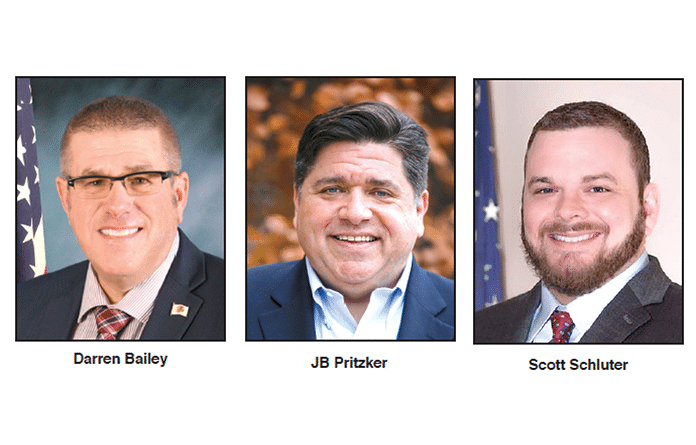 The race for governor is tops among several contested statewide offices to be decided Tuesday, Nov. 8.

Polling places are open from 6 a.m. to 7 p.m. on Election Day. To find your polling place, visit mococlerk.com/vote.

The Supreme Court’s overturning of Roe v. Wade earlier this year has made abortion one of the key issues for voters when deciding their choice for governor. This office takes on new power as the battle over abortion rights has shifted more to the states.

Other issues include impacts of the SAFE-T Act on law enforcement and crime, as well as inflation and political corruption.

Proponents say the SAFE-T Act is a step toward making the justice system equitable and fair for minority communities. Opponents have referred to the bill as a “de facto defund the police bill” due to added training and equipment requirements – although it doesn’t directly affect law enforcement funding.

One of the more controversial provisions of the bill abolishes cash bail for a system prioritizing the severity of an offense, the risk of not appearing for court and the threat and danger an individual poses to another person or the community if they were to be released.

A poll from the Illinois Broadcasters Association included 1,000 registered voters, with 41 percent of respondents ranking Illinois finances, taxes or spending as their top issue in this election. Crime followed at 39.1 percent, jobs and the economy at 36.5 percent, gun control at 28.9 percent, health care at 28.2 percent, women’s rights at 22.5 percent, Roe v. Wade being overturned at 19 percent, education at 15.7 percent, immigration at 14.1 percent, racial equality issues at 11 percent, drug abuse at 7.9 percent, and national politics at 5.7 percent.

The race for governor is between incumbent first-term Democrat J.B. Pritzker and Republican State Sen. Darren Bailey, a farmer from Xenia.

While Pritzker’s national profile has grown for his response to the COVID pandemic, Bailey received an endorsement this summer from former President Donald Trump. Bailey also gained popularity after filing lawsuits against Pritzker’s executive orders during the pandemic.

Another choice on the ballot for governor is Libertarian Scott Schluter of Marion. An Iraq war veteran and diesel technician, Schluter says he intends to make government more transparent and has pledged to overhaul the state’s tax code and criminal justice system.

DeVore sued over the state’s school mask mandate during COVID and filed suit against school districts that sought to mandate COVID vaccination among teachers.

Raoul contends his office was on the right side of both the law and public health in defending the state’s actions during the pandemic.

The race to succeed retiring 87-year-old Jesse White, a Democrat, for Illinois Secretary of State will be between former state treasurer Alexi Giannoulias of Chicago for the Democrats, State Rep. Dan Brady of Bloomington for the Republicans, and former professional wrestler Jon Stewart, a Libertarian from Deerfield.

Voters will also decide whether Illinois Comptroller Susana Mendoza of Chicago, a Democrat, deserves another term as she takes on Republican Shannon Teresi of Crystal Lake and Libertarian economic historian Deirdre McCloskey of Chicago, and whether Democratic Illinois Treasurer Michael Frerichs of Champaign should get a third term as he faces Republican challenger State Rep. Tom Demmer of Dixon and Libertarian inventor Preston Nelson of Benton.