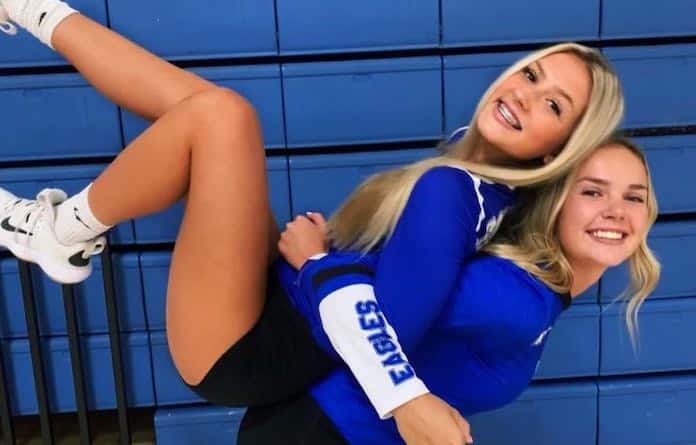 Abby Grohmann, who ranks fourth in the St. Louis area at 4.45 kills per game, led the way with 16 kills for the Hawks.

Kamille Grohmann and Lucy Range each had 13 points, with Range adding 18 assists and seven kills.

Range ranks second in the St. Louis area at 1.19 aces per game and in third in the area at 3.61 points per game.

Valmeyer (10-4) went 3-2 in the Benton Tournament over the weekend.

The Pirates lost to West Frankfort and Woodlawn before topping Sesser-Valier, Grayville and Thompsonville.

Brooke Miller was named to the all-tourney team for the Pirates.

Miller leads the team so far this season with 36 blocks and 23 aces. Voelker leads in kills with 96. Krekel leads in assists with 170 and McSchooler leads in digs with 110.

Waterloo won 25-15, 25-13 and home over Collinsville last Tuesday. Emma Day and Josie Briggs each had seven kills, Lilly Heck had eight points and 19 assists, and Kenzy Koudelka added nine points for the Bulldogs, who hosted Jerseyville on Tuesday and play this coming Tuesday at Mascoutah.

Day is currently tops in the St. Louis area at 2.06 blocks per game. Briggs ranks third in the area at 1.19 aces per game.

At the Mascoutah Tournament over the weekend, the Eagles went 2-2. Columbia defeated Murphysboro in three sets, lost to Mascoutah and Pinckneyville, and then downed Collinsville.

Jany ranks seventh in the St. Louis area at 1.37 blocks per game and eight with a 98.28 serve percentage per game.

Columbia plays at Roxana on Thursday before traveling to Gibault on Monday and playing at Red Bud on Tuesday.

The Tigers played Tuesday at Wood River, play Thursday at Valmeyer and host Sparta on Monday.