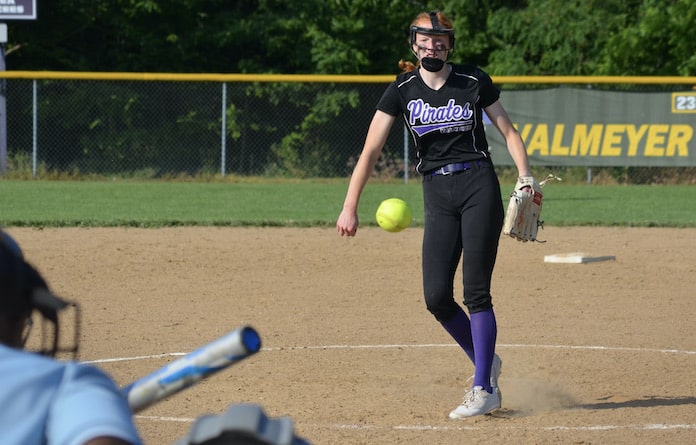 Local high school softball teams are having ups and downs in the early going, but there’s plenty of games ahead.

Waterloo (4-2) posted a 9-5 win over rival Columbia (4-2) on Friday. The Bulldogs led 5-0 after five innings before the Eagles tied the game in the top of the sixth inning. Waterloo answered with four runs in the bottom of the sixth to emerge victorious.

Madilyn Davis, a senior shortstop who leads Waterloo in hitting at .529, went 3-for-4 with a triple and four RBIs. Kate Lindhorst added two hits and Mia Miller struck out 14 in seven innings pitched.

It was Davis’ bases-loaded triple that broke the 5-5 tie in the sixth inning.

Friday’s victory snapped a four-game losing streak for the Bulldogs against Columbia.

On Saturday, the Bulldogs won 6-3 over New Athens. Marquardt went 2-for-3 with a home run and three RBIs for the ‘Dogs and threw six and one-third innings for the win. Miller went 2-for-2 and secured the final two outs in the pitching circle.

On Monday, Waterloo lost 10-0 to a tough Freeburg squad. The Bulldogs were held to just two hits.

The Bulldogs host Cahokia on Friday and Collinsville for two on Saturday before opening Mississippi Valley Conference play against Triad on Monday.

Brister leads the Eagles in hitting at .522 with six doubles. Jany is hitting .480 with eight runs.

Valmeyer (2-2) picked up its first victory of the season last Tuesday, 6-0 over New Athens. Brooke Miller struck out 11 and allowed only two hits without issuing a walk to pitch the Pirates to victory. Hannah Gideon and Markee Voelker had two hits each, and Sophie Seidler contributed two RBIs.

On Friday, Valmeyer dropped an 8-0 contest to Trico. The Pirates were held to just one hit, which came from Kylie Eschmann.

Miller was the star of the day for Valmeyer in an 11-2 victory over Steeleville on Tuesday. The super sophomore struck out 15 and walked none in a complete game pitching effort and also smashed three home runs.

Dupo (2-3) lost 7-3 to Marissa last Tuesday. Kyann Prater, Steffany Stansch and Kaylynn Woods each had a hit for the Tigers.