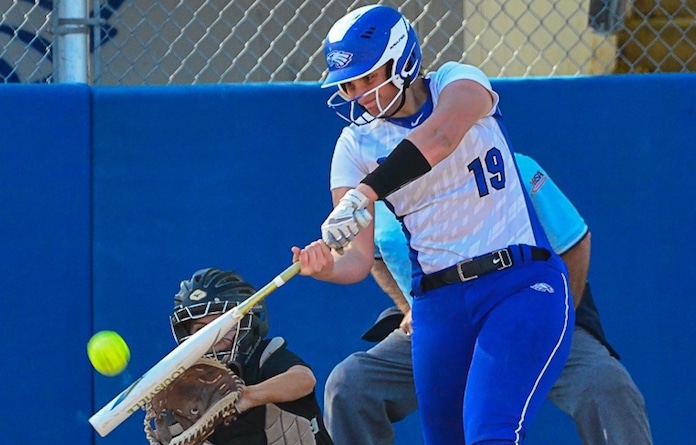 The Columbia and Waterloo softball squads were busy kicking off their 2021 campaigns last week, eager to make up for lost time due to the COVID pandemic.

Columbia is off to a 3-1 start, including winning the Mascoutah Wooden Bat Round Robin Classic on Saturday.

On Monday, Columbia won 8-2 at home over Belleville West. Khoury went 4-for-4 with a home run and earned the pitching victory. Kelsie Ohlendorf added two doubles and three RBIs.

Columbia plays at Triad on Friday before traveling to Gibault for the Hawks’ season opener on Monday.

Waterloo is 2-4 on the young season.

The Bulldogs opened the season with a bang, winning 17-0 at Roxana. Jane Kaniecki, Izzy Wahn and Taylor Wilson each had three hits in the game.

On Saturday, Waterloo split a doubleheader at Marquette.

In the 5-0 win, Ashley Steinhardt pitched a complete game with eight strikeouts and Tessa Stokes went 2-for-2 with three RBIs. In the 4-3 loss, Wilson had two doubles.

On Monday, Waterloo lost both games of a doubleheader at Belleville East, 7-3 and 5-2.

Waterloo hosted Collinsville on Wednesday, falling 2-0. Kaniecki and Wilson collected two hits each for the Bulldogs, who play at Alton Thursday.

Dupo opens its season Monday at home against Lebanon.