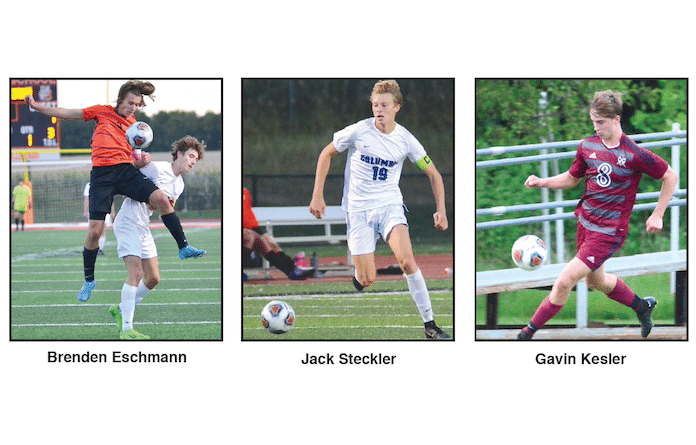 Those selected to the IHSSCA All-Sectional Team from this area were Columbia’s Jack Steckler, Waterloo’s Brenden Eschmann and Gibault’s Gavin Kesler.

Steckler, a senior forward, led the Eagles in scoring this season with 26 goals and seven assists – including seven game-winning goals. Steckler was also named to the IHSSCA’s All-Sectional All-Academic Team.

Eschmann, a junior defender, finished with two goals and four assists for the Bulldogs in addition to his solid play on the back line.

Kesler, a junior forward, recorded nine goals and three assists for the Hawks this season.

Ellner, a senior midfielder, finished with nine goals and 25 assists this season for the Eagles.

Wille, a sophomore forward, led the Bulldogs in scoring this fall with 18 goals and eight assists – including three game-winning goals.

Tayon, a senior midfielder, finished with seven goals and two assists for the Hawks. He also registered 15 blocks on the season.

Those receiving IHSSCA All-Sectional Sportsmanship honors for their play this season were Gibault’s Benjamin Haney and Columbia’s Hayes van Breusegen.