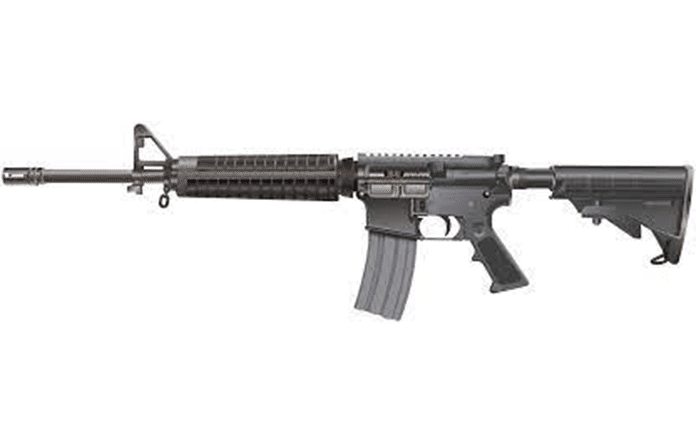 Following the passing of the Protect Illinois Communities Act, several law enforcement agencies throughout the state have expressed their refusal to uphold the new gun control law.

The law, also known as House Bill 5471, was passed Jan. 10 and bans the sale and distribution of assault weapons, .50 caliber rifles and ammunition and high-capacity magazines.

Illinois citizens who already own such weapons are able to keep them, though they must be registered with the Illinois State Police. Registration includes disclosure of the make, model and serial number of the weapon along with a special marker on the owner’s Firearm Owners Identification card.

The signing of the act stands as one of Gov. JB Pritzker’s most recent attempts at preventing mass shootings such as the tragedy in Highland Park this past July 4.

“For the past four years, my administration and my colleagues in the State Capitol have been battling the powerful forces of the NRA to enshrine the strongest and most effective gun violence legislation that we possibly can,” Pritzker said. “I couldn’t be prouder to say that we got it done. And we will keep fighting — bill by bill, vote by vote, and protest by protest — to ensure that future generations only hear about massacres like Highland Park, Sandy Hook and Uvalde in their textbooks.”

Shortly after the signing, many Illinois law enforcement agencies, including local sheriffs, spoke out against the act and said they would not be enforcing it.

In a press release from Monroe County Sheriff Neil Rohlfing, he expressed that part of his duties as sheriff is protecting the constitutional rights of Monroe County citizens.

He went on to say HB 5471 is a “clear violation of the Second Amendment,” and he and his department would not be enforcing it.

“Neither myself nor my office will be checking to ensure that lawful gun owners register their weapons with the state,” Rohlfing said, “nor will we be arresting or housing law abiding individuals that have been arrested solely with non-compliance of this act.”

“That’s kind of the stance that I’ve taken on it, I think so have a lot of other sheriffs in the state,” Peters said in a subsequent interview with the Republic-Times. “We feel it’s an unconstitutional act.”

Rohlfing and Peters’ statements both included part of a release shared among members of the Illinois Sheriff’s Association.

St. Clair County Sheriff Richard Watson also shared a release describing his opposition to the Protect Illinois Communities Act, though he did not expressly say his department wouldn’t be enforcing the law.

Rohlfing and Peters are Republicans. Watson is a Democrat.

Pritzker, a Democrat, later responded to all Illinois sheriffs opposed to the law, describing their refusal to enforce it as “political grandstanding at its worst.”

According to a report from Capitol News Illinois, opposition to the law’s passing spawned lawsuits this week, an outcome that was expected by both opponents and proponents of the law.

The first of these lawsuits to be filed came from Wood River attorney Thomas Maag, who filed in Crawford County on behalf of three gun owners.

Maag’s suit seeks to use a recent overruling of a handgun ban in New York as a basis for the suit while also suggesting the registration requirement for assault weapons could be used as a sort of self-incrimination in court, in turn violating the Fifth Amendment.

Maag also provided examples of specific guns and their standard magazine capacities, illustrating how the law’s ban on magazines over 10 rounds for long guns and 15 rounds for handguns is at odds with what’s actually on the market.

DeVore previously has filed lawsuits against Pritzker over COVID-19 issues and ran unsuccessfully for Illinois attorney general as a Republican in November.

On Wednesday, Chicago PBS affiliate WTTW reported the Illinois State Rifle Association, along with a St. Clair County individual, a gun retail business and firearms manufacturer has filed suit in federal court against the state and local officials, including Watson, Peters and Randolph County State’s Attorney Jeremy Walker. The suit alleges the ban is unconstitutional.

Rohlfing expanded on his concerns Tuesday to the Republic-Times, noting he feels the law would ultimately prove to be ineffective in curbing gun violence in the state.

Rohlfing went on to point to violent video games such as Grand Theft Auto as part of the cause of violent gun crime, citing the way they might desensitize young people to violence.

He also pointed to mental illness as a possible cause for the kinds of mass shootings this new law is attempting to address.

Mental health is often discussed as a possible cause for gun violence, though past reporting such as The New York Times’ June article titled “What Are the Real Warning Signs of a Mass Shooting?” brings such talking points into question – specifically noting mental illness is often not useful in predicting violence compared to other factors such as availability of guns.

Rohlfing said those involved in passing the new law didn’t take gun violence statistics into account, with assault weapons being used for a small percentage of gun violence.

“The politicians in Springfield passed these laws on feelings and ideology instead of facts and statistics. So it’s all feel good legislation, but it’s not gonna do a damn thing when it comes to these crimes,” Rohlfing said.

A St. Louis Post-Dispatch article this week reports that just over 90 percent of the 2,656 guns confiscated by St. Louis police last year were semi-automatic — guns that require a shooter to pull the trigger for each shot and don’t require manual reloading after each shot.

That’s up from 75 percent seven years ago, per the Post-Dispatch analysis.

The share of pistols seized by St. Louis police has seen a similar spike, the paper reports, from 72 percent of all seized guns in 2015 to 90 percent in 2022.

Most of those pistols are semi-automatic and can hold more rounds than other guns because their magazines — which store ammunition and feed it into the gun’s chamber — can be extended beyond the frame of the gun.

Per a Pew Research Center article last year titled “What the data says about gun deaths in the U.S.,” handguns were used in 59 percent of gun murders in 2022. Rifles, which included guns often categorized as assault weapons, made up 3 percent.

Rohlfing also said other legislation like the Protect Illinois Communities Act has been turned down by courts in the past. He referenced laws – including several handgun bans, from Chicago, New York and Washington, D.C.

Illinois is the ninth state to enact this sort of assault weapon ban, however, with all previous bans remaining state law despite legal challenges.

Looking ahead, Rohlfing said Monroe County residents can register their weapons if they wish. He added that Illinois State Police may still be expected to enforce the new law.

Rohlfing also said he anticipates participating in any lawsuits fighting the law.