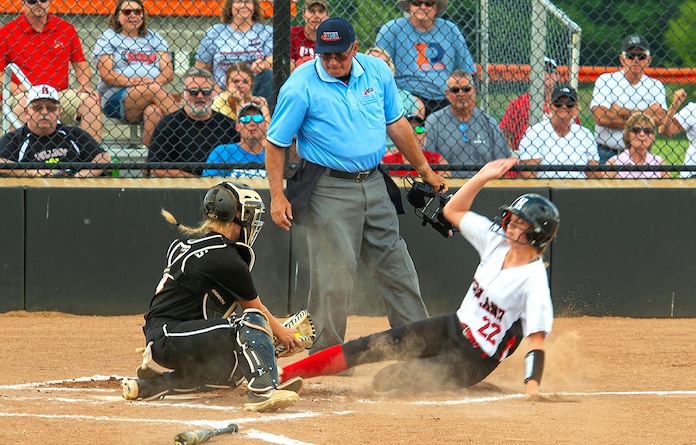 Highland (22-1) plated a run in the first inning on an RBI groundout after a couple of singles.

Waterloo (17-11) had six hits on the day, three from starting pitcher Ashley Steinhardt and two from top hitter Jane Kaniecki. In fact, the ‘Dogs put its leadoff hitter on in four innings.

Following a leadoff triple by Maddie Davis, Highland pulled off a double play that resulted in Davis being out at home.

With the score remaining 1-0 in the seventh, Highland sophomore Kelly Fuller smacked a two-RBI single to make it a 3-0 contest.

Waterloo was unable to muster a last-ditch rally, marking the end of a successful season that resulted in a regional championship.