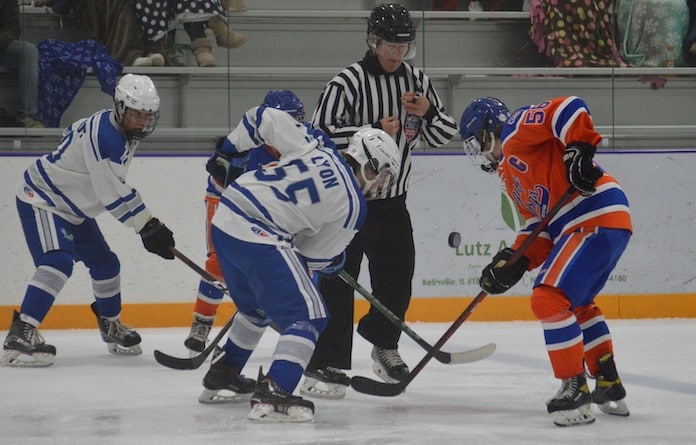 As expected, local hockey rivals Freeburg-Waterloo and Columbia played a close match when they met again Tuesday night at the McKendree Metro Rec Plex in O’Fallon.

This time the Raging Bulldogs emerged victorious, topping the Ice Eagles by the count of 5-3.

The two teams, who tied 4-4 earlier this season, remain firmly atop the Mississippi Valley Club Hockey Association Varsity East standings. Freeburg-Waterloo improved to 14-2-1. Columbia dropped its first game of the season and is now 12-1-4.

Logan Ganz, the league’s leading scorer, recorded two more goals and an assist Tuesday night to lead the Raging Bulldogs and give him 38 goals and 38 assists on the season.

Mathew Bushee made 26 saves in net.

Freeburg-Waterloo’s next game is Monday against O’Fallon at Granite City Ice Rink.