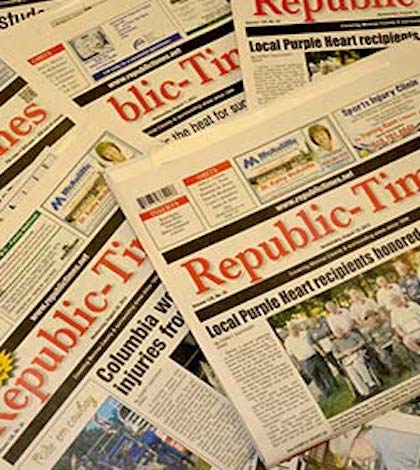 The Republic-Times, covering Monroe County and surrounding areas since 1890, was announced last week as the winner of several first place awards in its division from the Illinois Press Association for its 2021 editorial and advertising contests.

These awards will be presented in addition to the notification of General Excellence and sweepstakes awards during the IPA’s annual luncheon set for Aug. 11-12 in Springfield.

In 2018, the Republic-Times took first place in the IPA’s General Excellence category for Division B, which represents medium-sized weekly newspapers statewide.

To subscribe to or advertise with the Republic-Times, call 618-939-3814 or visit republictimes.net.