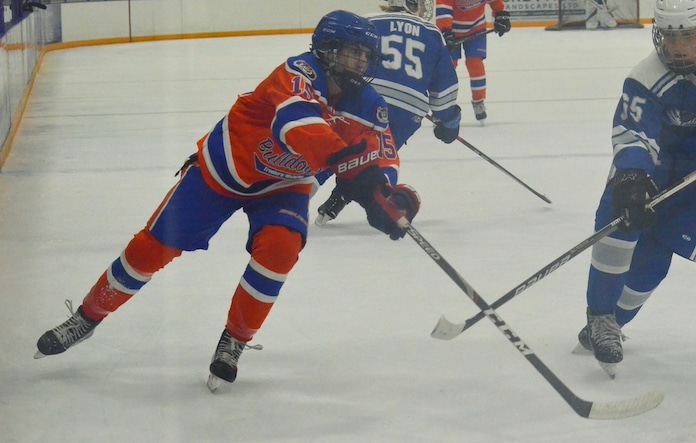 The Columbia Ice Eagles (10-0-4) and Freeburg-Waterloo Raging Bulldogs (12-1-1) are the top two teams in the MVCHA Varsity East standings as play continues this week and are the leading teams in the entire league.

Columbia picked up a 5-1 victory over Highland on Monday night. Collin Schmidt, Jack Reuss and Dean Lyon each recorded a goal and assist for the Ice Eagles. Tim Barbee was stellar in net once again, making 20 saves.

Lyon leads Columbia in scoring this season with nine goals and 12 assists.

The Raging ‘Dogs won 5-3 over Belleville last Tuesday night. In doing so, the Raging Bulldogs avenged their only loss from earlier in the season. Knuckles scored twice and dished out an assist. Ganz recorded a goal and two assists. Mathew Bushee made 32 saves in net.

Freeburg-Waterloo has scored 115 total goals this season, which is more than any other MVCHA team by at least 25 goals.

The Raging Bulldogs take on Bethalto this coming Monday.

Columbia and Freeburg-Waterloo meet in a rivalry match Jan. 4 at the McKendree Metro Rec Plex. The teams tied their previous matchup earlier this season.