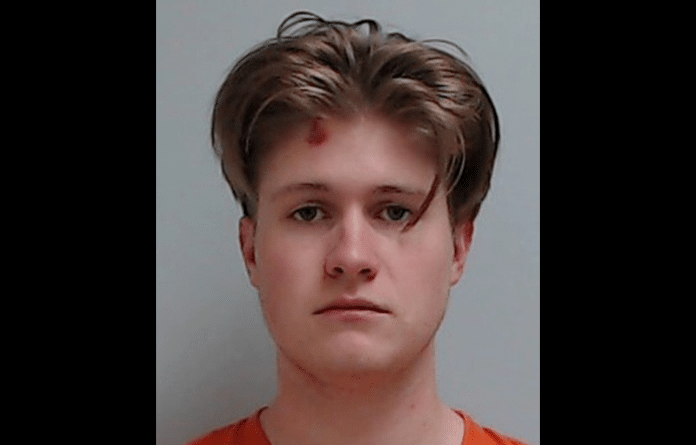 A local man is facing new charges following a Nov. 17 incident in Columbia.

Jared M. Franke, 24, of Columbia, was charged with felony obstruction of justice after allegedly refusing to submit to a chemical test as mandated through a warrant.

He was also charged with unlawful possession of a firearm within five years of being in a mental institution and aggravated unlawful use of a weapon in a vehicle without FOID.

Columbia police said that at about 8 p.m. Nov. 17, an officer conducted a traffic stop on a vehicle that was stopped in the left turn lane of Route 3 at Frontage Road. The driver, later identified as Franke, was not alert when approached by the officer and refused to submit to a drug test at the scene.

Police obtained a court ordered warrant to have Franke tested, and he was then transported to Red Bud Regional Hospital for testing. Franke continued to refuse testing at this point, police said, resulting him being taken to the Monroe County Jail.

Police recovered a loaded Ruger .22 caliber revolver under the driver’s seat of Franke’s vehicle during the stop, and a Mossberg 12-gauge shotgun with shells was found in his trunk.

In addition to the obstruction and weapons charges, Franke was charged with DUI (drugs) and no insurance.

Bond was initially set at $50,000 and Franke was given a preliminary hearing date of Dec. 1. He entered a plea of not guilty.

On Monday, an additional charge of armed violence was filed against Franke in Monroe County Circuit Court along with a petition to increase his bail to $500,000.

The armed violence charge was added because Franke was armed with a dangerous weapon while also in possession of methamphetamine, the court filing states.

The petition to increase bond motion was “to assure the defendant’s appearance in court and the safety of the community,” the filing states.

In 2018, Franke was placed on probation and ordered to undergo psychological treatment following multiple incidents in Columbia that resulted in him being ordered to wear an electronic monitoring device and prohibited from coming into contact with multiple local families and entering school grounds.

Franke was charged with felony stalking following an incident in the Country Crossings subdivision, after which he wrote a letter from jail containing language indicating he would “shoot up” a venue, later identifying Columbia High School specifically as a target.

Prior to the stalking incident, Franke was arrested on Halloween after he allegedly chased several young trick-or-treaters while wearing a clown costume and carrying a steak knife in the same subdivision.