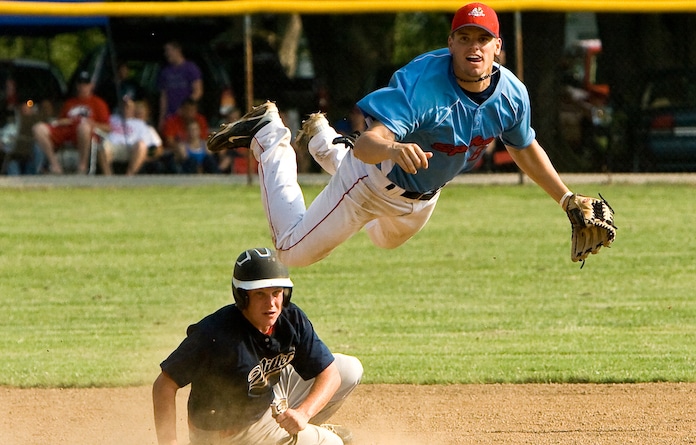 It’s been a rite of summer in Monroe County for decades, but the Valmeyer Midsummer Classic baseball tournament will take on special significance once the first pitch is thrown this weekend.

Thoughts on the minds of many players, coaches and spectators will undoubtedly turn to brothers Gary and Dennis “Boog” Pieper, who put in much of the work that made the tradition this tourney has become. Both men died last year.

As with most events, COVID restrictions led to a cancellation of last year’s tourney.

A committee consisting of former Valmeyer Lakers players Brad Rippelmeyer, Bob Blank, Craig Hoffmann, Dan McCarthy and Mike McCarthy has taken on the responsibility of pushing the tourney forward in 2021.

While all have remained connected with the Mon-Clair League and the Midsummer Classic over the years, none had much prior involvement in preparing for the tournament.

“That was all Denny and Gary,” Rippelmeyer said. “And as we started meeting and preparing this year without them, we realized how much they actually did.”

Rippelmeyer said the committee didn’t fully realize all the Pieper brothers did behind the scenes to make the tournament go off without a hitch.

“So, not having Denny and Gary this year made us realize how important they were to making this tournament a success all these years,” Rippelmeyer said. “And not having them there with us will be extremely difficult and emotional as well.”

Rippelmeyer is looking forward to more memories to add his long collection.

“It was always the highlight of the summer as a kid,” he said. “I was fortunate that my dad (Ray “Bud” Rippelmeyer) was a major league coach for the Phillies up until I was 8 years old. So I spent my summers in Philadelphia watching guys like Mike Schmidt and Steve Carlton. But starting at age 9, we spent our summers at home in Valmeyer and I started watching Lakers games. They had some great players – all the Rohlfings and Floarkes and many more – and to me they were like big leaguers.”

Rippelmeyer points to a former player like Wayne Rohlfing, who played several years in the minor leagues for the Cubs before playing with the Lakers.

“I remember watching him as a little kid and thinking he was as good as some major league players and here he was playing in Valmeyer,” Rippelmeyer recalls. “And then years later, I was hitting third and he was hitting fourth in the same lineup for the Lakers. That was pretty cool.”

Rippelmeyer said he couldn’t wait for the Midsummer Classic every July 4 weekend.

“We would watch the Lakers games while we played pick-up games outside the outfield fence,” he said. “I couldn’t wait until I was good enough to play for the Lakers and play in this tournament.”

Even for the non-baseball inclined, the Midsummer Classic quenches a thirst for good, down home summer vibes.

“A lot of the people that come to the games never played in the Mon-Clair League, or maybe didn’t play baseball at all,” Rippelmeyer said. “But with all the food and beverage stands, the live music in the evenings, the fireworks and parade, it is something that even non-baseball fans can still enjoy.”

Entering the tourney, the host Valmeyer Lakers hold the league’s best record at 9-3. The Lakers won 11-3 over Cape Girardeau on Saturday, then posted an 8-3 win over the St. Louis Printers on Sunday before the second game was halted due to rain.

Trevor Davis and Logan Mueth collected three hits each and Cole Juelfs went 2-for-5 with three RBIs for the Lakers in Saturday’s win. Philip Reinhardt picked up the mound victory. The southpaw is 5-0 with a 2.28 ERA this summer.

Mueth had three more hits Sunday, with Ethan Ruff and John Wuelling each driving in two runs. Drake Downing was the winning pitcher.

The Millstadt Green Machine improved to 6-4 with a 15-0 blanking of the Southeast Missouri Tropics on Saturday.

Joining brothers Cal and Tony Kossina on the Green Machine in time for the Midsummer Classic is Joey Kossina, a 6-foot-2 lefty who pitched this spring at Southeast Missouri State University and was also one of the top hitters last year in the Mon-Clair League.

The Waterloo Millers (5-6) had their weekend contests rained out.

Below is the full tourney bracket: