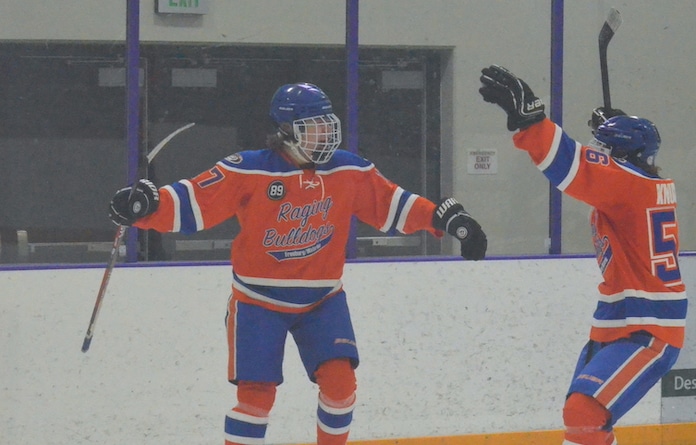 With the regular season soon coming to a close, both local club hockey teams are in prime position for deep postseason runs.

On Monday night, the Raging Bulldogs picked up an 8-6 win over Collinsville. Mathew Bushee made 30 saves in the victory and the scoring combo of Logan Ganz and Donovan Knuckles came through again.

Ganz, a senior, leads the MVCHA in scoring this season with 61 goals and 47 assists.

The Raging Bulldogs (20-2-1) have scored the most goals in the league and have outscored their opponents by an overall total of 195-61.

Freeburg-Waterloo played Edwardsville East on Tuesday, winning 11-3, and will take on East Alton-Wood River on Monday to close out the regular season. Ganz scored five more goals in Tuesday’s win, which was senior night.

Sitting in second place in the MVCHA Varsity East standings, along with Belleville, are the Columbia Ice Eagles.

Columbia won three recent games to improve to 15-3-5 on the season.

Last Tuesday, Columbia pulled out a 2-1 victory over Vianney. Sanderson and Carr scored the goals and goalie Tim Barbee made 19 saves.

Barbee (9-1-5) is among the top goaltenders in the MVCHA with a 1.67 goals against average, .932 save percentage and three shutouts.

Reuss and Lyon each recorded hat tricks in Tuesday’s win over Highland.