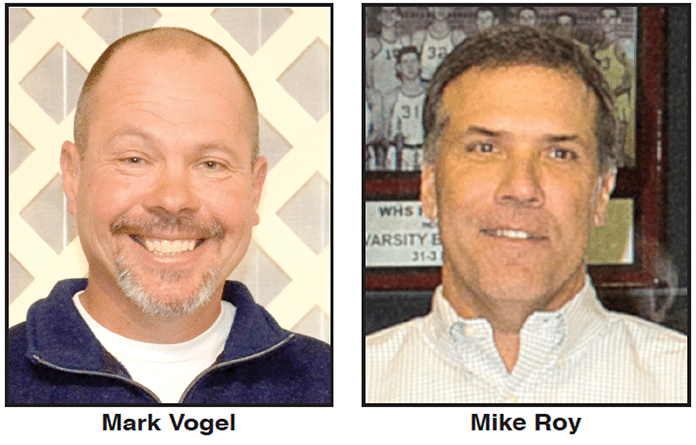 Vogel and Roy will be inducted April 14 at the Sheraton Chalet Hotel at Westport.

In 28 seasons as head coach for WHS varsity baseball, Vogel has amassed 535 wins and played in multiple state tournaments.

Vogel was inducted into the Mon-Clair Baseball League Hall of Fame in 2019.

He was also a member of the 1984 WHS baseball team that played in the state tournament. That team was inducted into the WHS Athletic Hall of Fame in 2016.

Roy, also a member of the WHS Athletic Hall of Fame, starred in baseball and basketball for the Bulldogs before playing college baseball at McKendree, SWIC (formerly BAC) and Western Kentucky.

While at SWIC, Roy was selected to the NJCAA All-American Team in 1983.

Roy, who now works as a financial advisor and resides in Eureka, Mo., went on to play minor league baseball in the Minnesota Twins farm system.