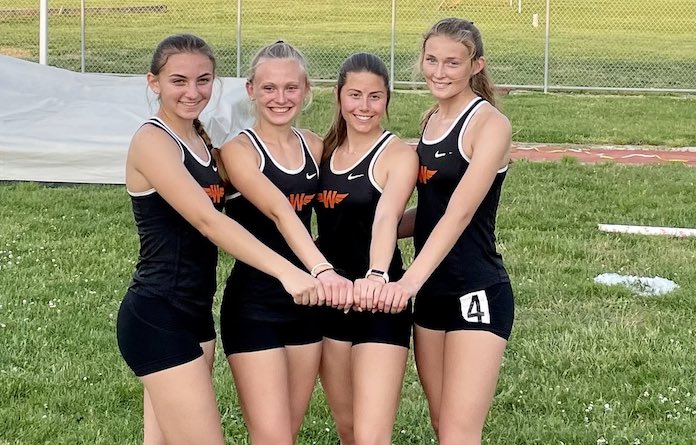 At the Class 2A Salem Sectional on Thursday, nine girls from Waterloo joined Columbia’s Abby Venhaus in qualifying for state.

Venhaus, who also qualified for state last year, placed second in the triple jump (10.92 meters), third in the long jump (5.21 meters) and fourth in the 100 meter run (12.68 seconds) at Salem to make a return to Charleston in those events.

At the Class 1A Nashville Sectional on Thursday, Dupo qualified four girls for state. Tamoni Jordan won the triple jump at 9.85 meters. Kabrina Houston placed second in the 100 meter run with a time of 13.09 seconds. The 4×100 and 4×200 relay teams each placed second to qualify for state. Both relay teams consist of Houston, Jordan, Octavia Heidelberg and Alexis Curtis.