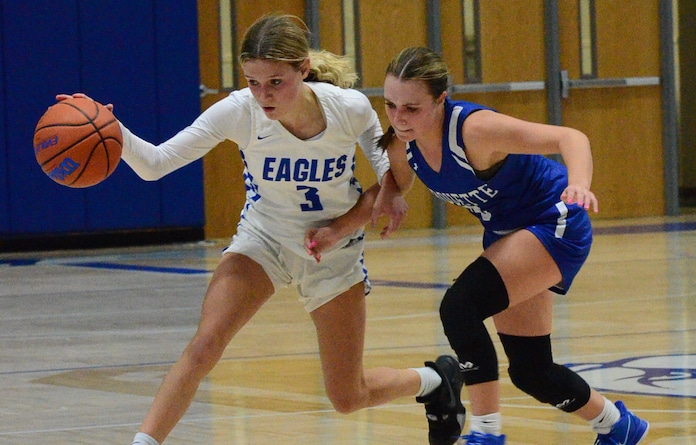 Columbia hosted Marquette on Monday night to start off the Columbia Tip-Off Classic, winning 40-30. The Eagles went on a 12-2 run in the second quarter to take control of the contest.

Columbia will take on rival Waterloo at 7:30 p.m. Wednesday, as the tourney continues through Saturday afternoon.

Waterloo opened its highly anticipated 2022-23 campaign with a 60-34 victory over Belleville East on Monday.

Sam Lindhorst scored 10 points and dished out five assists for the Bulldogs.

The Dupo Cat Classic also tipped off Monday, with both Gibault and Valmeyer taking the court for the first time this season.

Gibault posted a 37-26 victory over Marissa on Monday. Kailynne Small scored 21 points to go along with six rebounds, five assists and seven steals to pace the Hawks.

Gibault will face Metro East Lutheran at 7:30 p.m. Wednesday, as the tourney continues through Saturday.

Valmeyer opened tourney play with a 45-27 loss to Metro East Lutheran on Monday. The Pirates will battle Marissa at 6 p.m. Wednesday.

Dupo opened its season with a game Tuesday night against Roxana. Win or lose, the Tigers play again Thursday night.