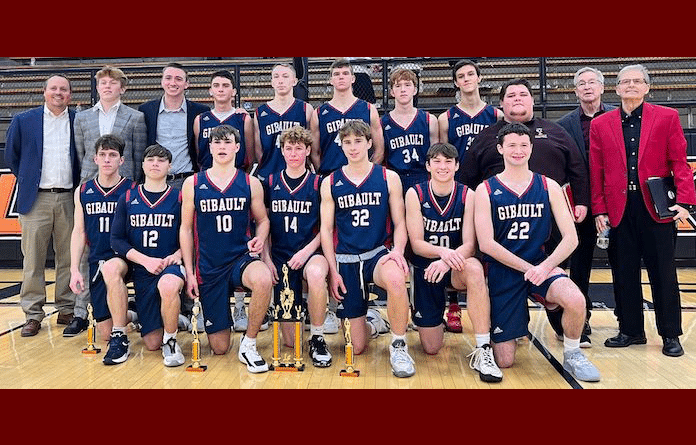 Two of the hottest high school basketball teams in the St. Louis region are from Monroe County, and both continued their recent winning ways.

Gibault (18-3) escaped with a 41-39 victory Saturday night over Chester to win the Chester Invitational Tournament championship for the second straight year.

Gibault advanced to the tourney final by virtue of a 50-41 win over Saxony Lutheran last Wednesday. Augustine scored 20 points and Kameron Hanvey added 13 points in the victory.

Gibault kicked off the Okawville Invitational Tournament with a 53-27 victory Monday night over the host squad. The Hawks went on a 29-8 run in the second half to pull away.

Augustine is averaging 16 points per game and Kesler is right behind him at 15 points per contest.

The tourney, of which Columbia is also a participant, concludes Saturday night.

The Eagles opened Okawville tourney play Tuesday night against Carlyle and will play again Friday with a win or Thursday with a loss.

Murphy is averaging 19.1 points per game this season – including 44 percent shooting from three-point range.

The Bulldogs were playing without 6-foot-9 sophomore Alex Stell, who leads the team in scoring and rebounding. Stell suffered a sprained ankle but is hopeful to return to action this week.

Wyatt Fink is averaging 11.7 points and six rebounds per game this season.

The Pirates ended Chester tourney play Saturday with a 67-62 loss to Perryville despite a career-high 39 points from Miller before fouling out. He made seven three-pointers in the game.

Miller, a senior, is averaging 23 points and more than three steals per game this season.

The Tigers play Wednesday at Metro before hosting Red Bud this coming Tuesday.