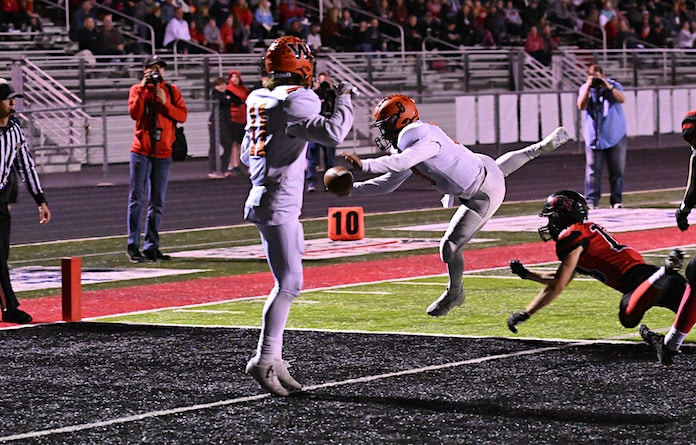 The Bulldogs (5-3) led at halftime, but the Knights (5-3) scored three second half touchdowns and held the Waterloo offense in check.

Senior quarterback Aidan Morrow got the scoring started for the Bulldogs following a long run by Koby Osterhage, running it in from one yard out to tie the score at 7-7 with six minutes remaining in the first half. Osterhage added a seven-yard TD run in the final minute of the half to put the ‘Dogs up 13-7.

The Knights took over from there, scoring once in the third quarter and then adding two fourth quarter TDs.

Morrow was 5-for-14 passing for 57 yards and two interceptions.

The Bulldogs close out the regular season next Friday at Freeburg (3-5), which has lost five straight games.

Waterloo will look to improve its playoff chances with a victory.