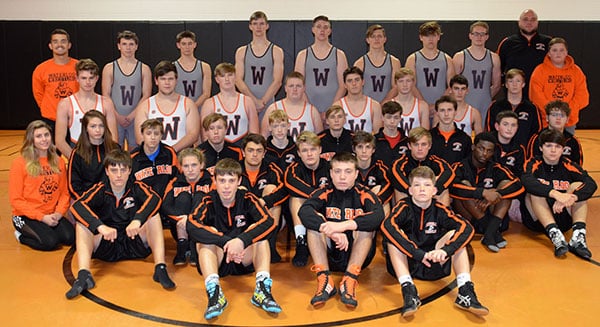 A new head coach is hopeful that a successful youth program will yield positive results for the Waterloo High School wrestling program in the 2018-19 campaign.

Chase Guercio takes over as head coach of the Bulldogs, replacing Pat Stewart.

“This is my first year as head coach and we are trying to build a program that operates with class and tremendous character, and one that our community will be proud of,” Guercio said.

Leading the way for the WHS grapplers this year will be senior Dalton Viglasky, who wrestled at state as a sophomore and is looking to return there after failing to advance last season.

“Dalton has the potential to return to state after an appearance his sophomore year,” Guercio said.

Viglasky is one of three captains on this year’s squad. The other two are senior Glen Cadell (170 pounds) and freshman Damian Becker (113 pounds).

“Viglasky, Cadell and Becker are team captains who have the abilities to make significant runs toward state this season,” Guercio said.

The Waterloo Bulldogs Youth Wrestling Club consisting of grapplers ages 5-14 has had members compete in state and national events in recent years.

The always-tough Mississippi Valley Conference awaits, and provides an excellent measuring stick for the WHS wrestling squad and its members as they aim to advance out of regional and sectional competition on their way to state.