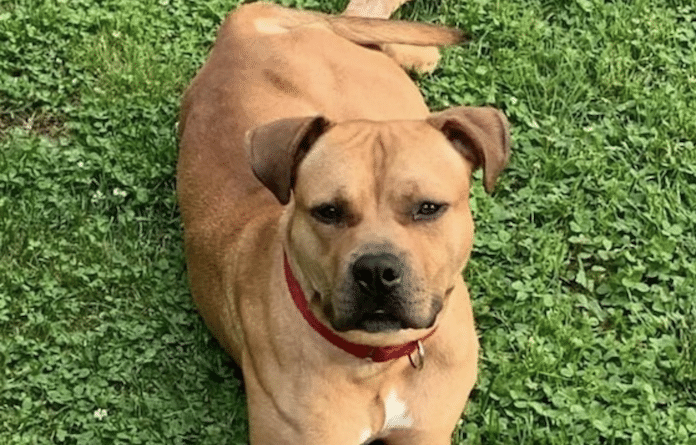 A social media plea over the weekend to save a dog from being euthanized has gained traction and led to many questions as to why Monroe County’s “no-kill” shelter would decide to end the life of one of its animals.

Helping Strays Executive Director Scott Spinner and Helping Strays Board of Directors President Paula Hutchinson spoke with the Republic-Times on Tuesday to clarify the shelter’s decision.

“We love that people are passionate about what we do” at Helping Strays, Spinner said, adding “We take our responsibility to the community very seriously.”

The responsibility, in this case, is to keep “other people safe,” Hutchinson stressed.

The decision to euthanize came after a July 29 incident in which Percy, a dog at the shelter, “aggressively attacked” a Helping Strays employee, resulting in “multiple injuries to the employee, which required emergency medical care,” Helping Strays wrote in a public statement.

“Our highest priority is to support this staff member and we hope for her full and speedy recovery,” the statement continued.

“In very rare conditions, when a dog’s extremely aggressive behavior and bite history has become unsafe for staff, potential adopters, and life in our society outside of the shelter, then humanely euthanizing the animal is considered and sometimes the most ethical course of action.”

The matter is complicated because Percy was in a part-time foster home. This foster person said he would be willing to sign a liability waiver if Helping Strays would allow him to adopt Percy.

The campaign to save 2-year-old Percy has since grown.

One supporter of Percy is Vicki Rednour, who emphasized she “supports the mission of Helping Strays.”

She reached out to the Republic-Times on Tuesday to suggest a compromise.

Rednour pointed to other “hard case” dogs, such as Demi, who was adopted in March 2021 after 809 days in the shelter. She said Percy has not had the same opportunity as other Helping Strays success stories.

Rednour herself adopted a dog from Helping Strays  that had a history of biting and was in the “same situation as Percy,” but has improved drastically with the benefit of a permanent home.

“Right now, we’re in a no-win situation for anybody” with Percy, Rednour said. “I’d like to see a win-win for everybody.”

The basic principle states that an adopted animal will take three months to become fully adjusted to a new home.

Rednour said she and many others would like to see Helping Strays give a potential adopting family at least three months to see if Percy could thrive in a permanent home.

She also offered to undertake a three-month pledge drive to benefit the shelter and the bite victim if Helping Strays decided to give him a chance – regardless of the ultimate outcome.

As of press time, Percy was still alive but still slated for euthanasia this week.

Spinner said he was aware of the growing concern for Percy and he wanted to share the shelter’s side of the story in order to “be respectful of people who will be very upset.”

Hutchinson noted Helping Strays had reached out to an attorney for legal advice regarding the feasibility of a waiver, but the “difficult decision” to euthanize was reached after “all things were taken into account.”

During Percy’s 16 months with Helping Strays, he had two other “minor” biting instances, but the severity of the latest bite contributed in part to the decision to euthanize.

Spinner explained the bite was a “Level 5 bite” – the second-highest level on the Dunbar Bite Scale.

A Level 6 bite is one that results in death of the bite victim.

Furthermore, Hutchinson said the most recent bite victim was an “employee very familiar with the animal.”

Even in the care of an expert handler, there would be no way to ensure a person in close proximity to Percy would not be similarly bitten, Hutchinson reasoned.

The decision to euthanize is only made under “extremely rare conditions,” Spinner said.

He explained when a decision to humanely euthanizing due to aggressive behavior is being considered, Helping Strays consults with a variety of stakeholders – including the shelter’s executive director, veterinarian of record, shelter manager and board members.

Spinner continued by stating prior shelter veterinarian’s notes on an animal will be taken under consideration, and in some cases the shelter will consult with the Department of Agriculture and legal counsel.

“Simply put, it’s a last resort after all other options have been exhausted,” the public statement read.

Spinner also clarified the definition of a “no-kill shelter” as one which reaches a 90 percent “save rate.”

He pointed out that Helping Strays currently has a 98.5 percent save rate compared to the national shelter average of 76 percent.

“We believe rehabilitation works and we make every effort to ‘Save Them All,’” Helping Strays wrote in its statement.