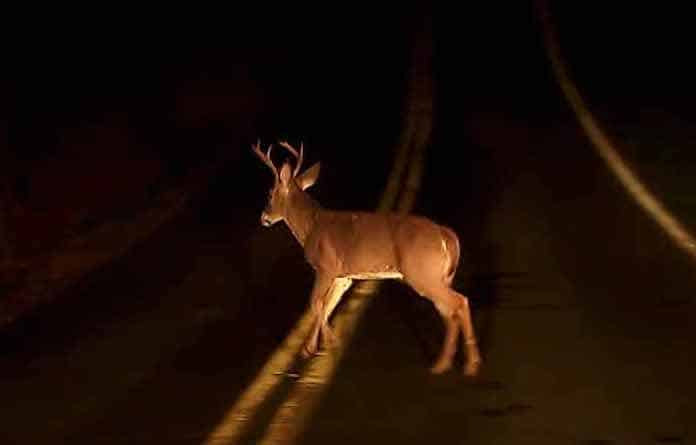 The first such crash was at 7:10 p.m. Wednesday, when a female driver swerved to avoid striking a deer that jumped out in front of her vehicle on Route 156 at Deer Hill Road west of Waterloo. The vehicle went off the roadway and struck a guardrail.

The driver was not injured in the crash.

The next crash was reported at about 9:45 p.m. Wednesday. A young female driver rolled her vehicle multiple times in the area of 4200 Baum Road in Maeystown after striking a deer. Police were notified after the girl’s mother transported her to an area hospital for treatment of minor injuries.

Shortly after 8 a.m. Thursday, another motorist struck a deer in the area of Bluff Road at East Woodland Ridge in Valmeyer. No injuries were reported in that crash.

Deer are much more active this time of year – mainly at dawn and dusk from late October through December.

“Deer often travel in groups, so if a deer crosses the road ahead of you, there is a good possibility that another will follow. Always be prepared for the unexpected. A deer might stop in the middle of the road or double back,” said Illinois Transportation Secretary Omer Osman. “Don’t veer for deer – it could cause you to lose control of your vehicle and swerve into another lane or off the road.”

In 2021, 14,522 motor vehicle crashes involved deer in Illinois. Of these, 13,936 resulted in damage to property or vehicles, while 584 caused personal injuries. Two of the crashes resulted in fatalities.

Rural environments were the site of more than 72 percent of all Illinois crashes involving deer, with more than 71 percent occurring at twilight or nighttime.

• Be aware of your surroundings, especially in areas with deer crossing signs.

• Scan the sides of the road for eye shine – the reflection of headlights in their eyes.

• Slow down if you see a deer. They travel in groups, so more are likely nearby.

• Prepare for the unexpected. Deer may stop in the middle of the road.

• If a collision is inevitable, don’t veer. Try to glance your vehicle off the deer and avoid swerving into the opposite lanes of traffic or off the road.

If you hit a deer, pull off to the shoulder, turn on your hazard lights and call 911 to report the accident. Do not exit the vehicle to check on an injured deer or pull it from the road.