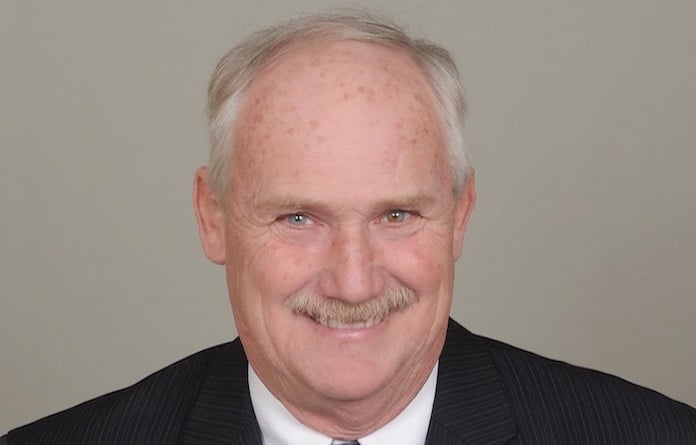 The community is mourning the death of Monroe County Commissioner Ronald Schultheis, the man who “never met a stranger,” according to his family.

Schultheis, 68, died Monday from complications due to myelodysplastic syndrome, a condition that affects blood-producing cells in bone marrow. He learned that the syndrome had developed from a previous blood condition and began treatment in October.

Schultheis, a lifelong Monroe County resident, was born in 1952. He lived in Boxtown until moving to Fults in 1974. He was a lineman with Monroe County Electric Co-op for 41 years before retiring.

MCEC CEO Alan Wattles said he was “saddened” at the news of Schultheis’ passing and that he was “thankful to get a chance to work with him and to know him,” adding Schultheis would go “above and beyond. We appreciated his time and I know (MCEC) members did, too.”

He began his role as Monroe County Commissioner after being elected as a Republican in 2018. Although he had been unable to attend most recent county board meetings due to his health, he participated remotely.

His daughter Leanne Arnold said Schultheis had always wanted to be a commissioner.

“It was always a dream, of his, but he waited until he retired” to pursue election, she noted.

State Sen. Paul Schimpf (R-Waterloo) released a statement saying Schultheis “was universally known, loved and respected in Monroe County. He embodied the true ideals of public service and was always working to help others without fanfare. Ronnie’s example as an elected official is the cure for everything that is wrong with the political system today.”

Besides his career and public service, Schultheis was a farmer at heart. His family farmed in Boxtown and continued the tradition when he moved to the Fults area.

“He loved his cattle,” Arnold said, remembering that “he had a particular call that would get all the cows running to him.”

Arnold also recalled that her father was “larger than life.” While most knew him as “Ronnie” or “Ron,” he also had a nickname from his time as manager of the 21st Amendment softball team.

His players called him “Whitey,” as they thought of him as the softball version of Hall of Fame St. Louis Cardinals manager Whitey Herzog, another larger-than-life figure.

Arnold also said he was a “devoted family man” and “he loved all things Monroe County, especially the artifacts,” adding that he had “a special love for the bottoms” area where he grew up.

Schultheis had a chance to display some of the Monroe County items he acquired during his life when he gave a presentation on Boxtown to the Monroe County Genealogical Society in July – including his uncle’s Boxtown baseball team jersey and an original Monroe County plat book from 1875.

“Please keep his wife Sue, his daughters and their spouses, grandchildren and siblings in your thoughts and prayers during this difficult time,” Monroe County Clerk Jonathan McLean stated in an official news release late Monday afternoon. “On behalf of everyone at the Monroe County Courthouse, I would like to thank Ron Schultheis for his public service. I can tell you that every officeholder in Monroe County enjoyed working with him and he was respected by all. He loved Monroe County and always wanted the best for everyone who lives here. He will be deeply missed.”

Due to current social distancing policies, “drive-thru visitation” for Schultheis will be held 2-7 p.m. Friday at the Monroe County Fairgrounds.

The public is welcome to send letters and sympathy cards to the county clerk’s office. Letters and cards will be forwarded to the Schultheis family.

All offices at the Monroe County Courthouse will be closed on Friday in Schultheis’ honor.