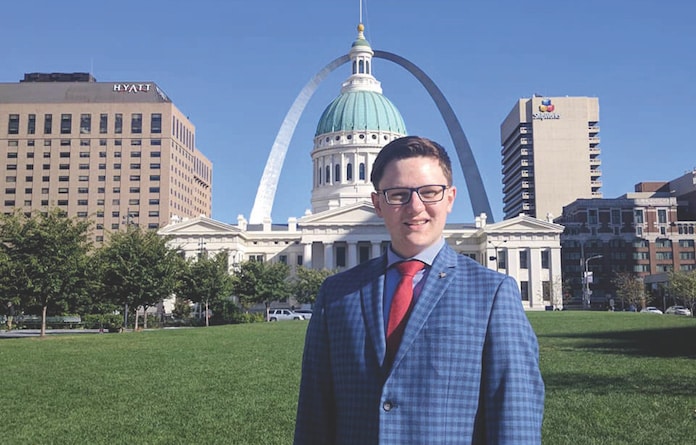 The latest social media trend that aims to make a truncated senior year special for the Class of 2020 has made its way to Monroe County.

The first person to bring the trend here was Michelle Keim, who is working with Karen Hunter.

They created the Facebook group Adopt a Waterloo IL High School Senior after Keim saw a similar group for another high school.

“I felt like it was a great way to show our seniors some support since they are missing out on so many milestones that most of us got to experience our senior year,” Keim, who works as a school counselor and has a senior at WHS, said. “ It’s just a way to show them we care and are thinking of them. It’s also a great way to help brighten their day.”

In the group, parents of seniors or the seniors themselves write a post that beings with the phrase “not adopted.”

Posts typically contain a few pictures of the senior and information about the student, such as what he/she plans to do in the future or what extracurricular activities he or she enjoys.

Another group member then decides to adopt that student and comments “adopted” on the post. The adopter and adoptee then coordinate getting some sort of gift or gifts to the student.

Those can take the form of candy, cards, senior year memorabilia or more.

“There’s no set amount on how much to spend on them,” Keim noted. “It’s not about the money, but showing them that we care for and are thinking of them.”

Since Keim and Hunter, who also has a WHS senior, started the group April 16, it has grown to 466 members. Eighty-eight students have been adopted so far.

“The community has stepped up and every senior on there currently has been adopted,” Keim said. “It’s been really awesome to see the support that people are sending them. Even if they aren’t adopting them, people have been posting words of encouragement and how proud they are of them.”

“Honestly, I cannot describe it,” Keim added. “It brings tears to my eyes to see how much support there is for seniors.”

That support has also extended to two other Monroe County high schools.

Keim said the groups are completely optional, but she hopes everyone takes advantage of them.

“We would love to see all (seniors) on there if they would like,” she said.

Keim also said a group of parents is organizing an offline event to honor WHS and Gibault seniors.

A light up the night event, with people using orange or maroon light bulbs, is scheduled for the weekend of May 16-18.

That is normally the weekend when many graduations are held.