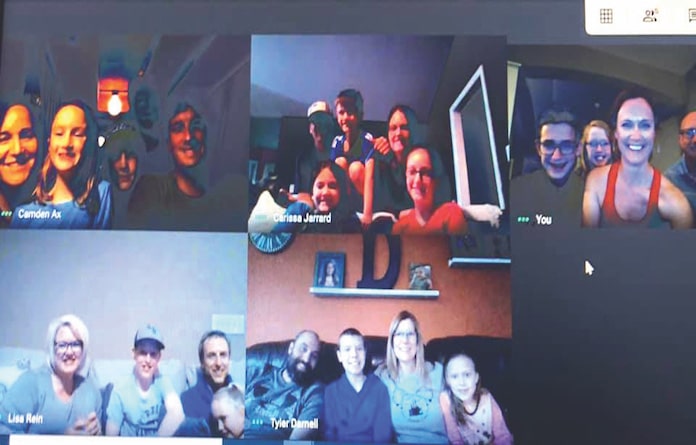 While it is feeling the effects of the coronavirus pandemic as much as any organization, the Columbia School District found a fun way to give back using technology on Friday.

It did that by hosting a virtual trivia night event to benefit House of Neighborly Service.

HNS Executive Director Tina Charron thanked the district for hosting the event, saying it was all its idea.

“They contacted us and they had the idea to do the virtual trivia night. They were trying to figure out who they wanted to benefit, and they decided to go with House of Neighborly Service.”

Fifty-four teams with players from Illinois, Missouri, Florida, Virginia, Ohio, Texas, Colorado and California participated in the event, raising $2,700 and counting for the nonprofit.

Teams also had chances to win gift cards to local restaurants and virtual trophies if they placed in the top three.

“I think everybody enjoyed it,” said Charron, who played and spoke with others who participated. “It seemed to be a fun event.”

The questions and emceeing by Columbia High School Principal Brian Reeves were streamed on YouTube. Teams used whatever option they wanted, like FaceTime or Zoom, to talk with their team about the answers to their questions.

Once they determined their answer, the team captain would type it via another link sent to them through TriviaHub, a virtual trivia gaming service. Answers needed to have proper spelling and capitalization to ensure teams were given proper credit.

With all those moving pieces – the event was produced by CHS media specialist Taylor Nickerson – Charron said it went well.

“It seemed to go off pretty well without a hitch,” she said. “Everything went really well and it seemed really smooth.”

The district expressed gratitude for everyone who helped make the event a success.

“We want to sincerely thank everyone who played in our virtual trivia night tonight,” it shared on Facebook.