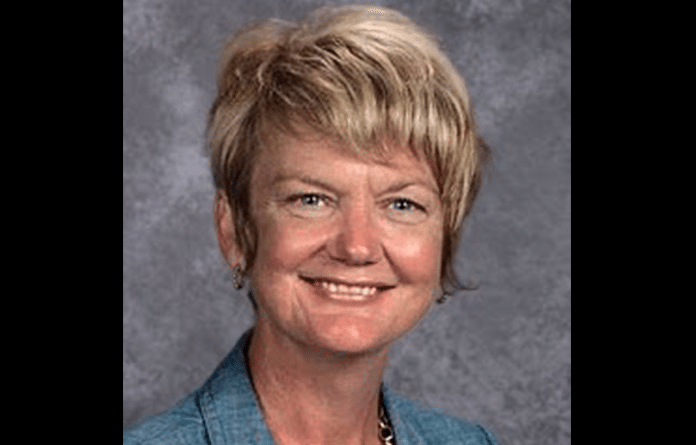 Columbia Middle School Principal Angie Huels has resigned to accept the position of principal at Gardner Elementary in Waterloo this coming school year.

Huels’ move comes amid the resignation of multiple other faculty members since the end of the 2021-22 school year and following the departure of CMS Assistant Principal David Ackerman earlier this year.

Huels said she looks forward to her new position. She talked about the opportunities that her new  school’s namesakes, Ed and Rose Gardner, afforded her as a teacher in the Waterloo and Columbia districts.

“Ed and Rose have impacted my entire life and I’m very excited to work in a building that honors them,” Huels said. “I love Waterloo. I love my life there and I really am excited about a chance to work at Gardner.”

Huels added that while she will miss colleagues and students at CMS, she is especially looking forward to working in classrooms, saying, “I want to get heavily involved with instruction.”

When asked if there was any specific reason for her move from Columbia to Waterloo now, Huels, who lives in Waterloo, said the main factor is family.

“I think most people, regardless of how much they love their job, will still make decisions for change if it’s in the best interest of their family,” Huels said. “Family’s first, for sure.”

Columbia Superintendent of Schools Chris Grode said last week that previous conversations with Huels left him with the impression she wished to end her career in the same district in which she started.

With other recent resignations from the district, Grode and the Columbia School Board continue to fill those open positions as the new school year draws near.

Grode said the reasons for these departures are varied, and he believes they will be able to fill the positions as needed.

“We do have several open positions still,” Grode said. “In my experience, we’ve always been able to fill our positions. Some happen quicker than others.”

Columbia School District Board President Greg Meyer said Huels’ resignation “came as a bit of a shock” as the board had given her a multi-year contract and a raise.

While Meyer said “it’s not a good time to replace her,” he added that the recent administration and faculty changes have been beneficial to the district.

“Every change we’ve made has been positive,” Meyer said. “So, I don’t look at any of this as a negative. It’s just, we just keep getting stronger.”

There are, however, those in the community who are less positive about personnel departures in the district.

As reported previously, CMS teacher Amber Haven spoke at a May school board meeting, saying then that there was a rift between the board and some district faculty and staff.

In a recent interview, Haven talked about an “Old Columbia” mentality that overvalues generational names in the community.

“I don’t feel like every board member acts upon this phenomenon, but some influential ones do,” Haven said.

Haven added she feels an active role of community members in the next election would be beneficial to the district.

Clayton said she had recently spoken with a parent who was afraid their incoming freshman might not have an English teacher. She said the conversation also touched on concerns about brand new administration coming into the middle school.

She added that trust is a major problem in the district – both between teachers and between faculty and the board.

“The climate, I would say, of the district is mistrust,” Clayton said. “There is a lot of mistrust.”

Clayton also referenced a survey that Columbia High School participates in from the University of Chicago called 5Essentials that evaluates a school’s culture and its impact on education.

CHS, Clayton said, scored low in several of the survey’s focus areas. She said the high school might have benefitted from addressing those areas before this recent “exodus” of teachers.