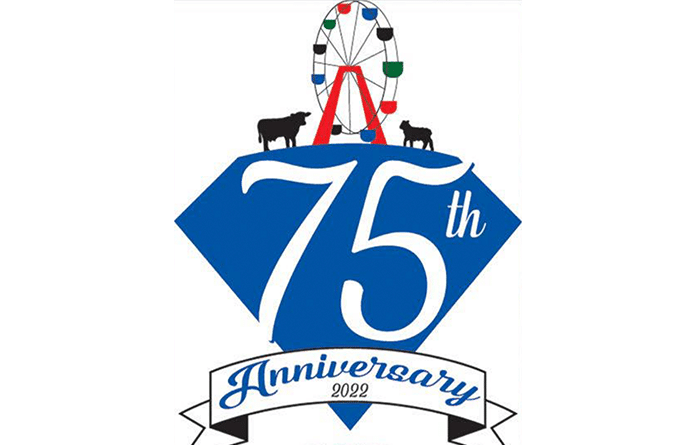 The earliest newspapers in Monroe County make mention of a “county fair” as early as 1871.

Until 1948, the gathering was a loose affiliation of local farmers showcasing the best of the year’s crops and livestock.

When the Monroe County Fair Association was formed in 1948 with just a handful of board members, the goal was much the same – but with an emphasis on community celebration.

The first official Monroe County Fair took place Sept. 3-4 at Pautler Park in Waterloo, near what is now the intersection of Route 3 and Route 156.

This two-day celebration coincided with the annual Waterloo Homecoming in an effort to maximize exposure for participants and gather input on future improvements.

“This is your fair,” the Waterloo Times wrote ahead of the inaugural event. “It was organized to provide exhibition facilities with cash premiums to encourage the production and showing of better livestock and crops in Monroe County. Your interest, co-operation and suggestions can make it a worthwhile undertaking.”

Since that first fair 75 years ago, it has become a worthwhile undertaking. It led to the establishment of the current Monroe County Fairgrounds off Route 156 in 1965 and has expanded into a week-long tradition – and one of the most anticipated annual community events in the county.

The Monroe County Fair opens this Sunday, July 24. With improvements and additions over the last seven-plus decades, and quite a few since last year’s fair, the 75th anniversary of the fair aims to be the best yet.

One of the biggest changes this year is the addition of nearly 1,000 seats to the grandstands at the main arena, where many of the most popular attractions  – such as the figure eight race and demolition derby – take place.

“One shortfall that needed to be addressed was our arena seating capacity,” Monroe County Fair Association Vice President Ron Mueller said, adding the association started planning on ways to improve the fairgrounds as soon as the 2021 fair ended.

The combination of new and existing seating will provide an additional 940-plus seats. The seating on the arena’s north side were built on 230 feet of concrete and are closed in by a new chain link fence.

Also at the main arena, the announcer’s booth was upgraded both structurally and with regard to the fairgrounds’ speaker system around the grandstands and in the horse and dairy barns.

These new systems were added to improve sound quality for both the audience and fair participants.

Monroe County Fair Queen and Little Miss Pageant contestants will also have better amenities this Sunday night than in years past.

Schwarze Trailer Repair took plans from the pageant committee and converted a 45-foot refrigerated trailer into dressing rooms and a conference room. Mueller said this will eliminate the need for multiple travel trailers used during previous pageants.

Further, the stage trailer and new dressing room trailer will be connected, eliminating the need to walk in the dirt infield of the arena. In addition to  improved safety, the change eliminates any chance of someone getting dirt or mud on her pageant attire, Mueller said.

Volunteers at the fair’s beer token stand will get a very timely improvement with the addition of air conditioning in the booth ahead of what is being forecast as a hot one with triple-digit temperatures over the weekend and mid-to-upper-90s during the week.

Weather has been a concern during other fairs – especially in 1973 when the end of the fair was delayed due to a three-inch rainfall on Thursday.

“Mother Nature will do what it wants,” Schrader said, noting the community and association members have shown in the past they will make do with whatever conditions may exist.

One example of the fair’s flexibility is shown through a needed adjustment to the poultry exhibits due to ongoing avian flu concerns. While the rooster crowing contest had to be canceled, the fair board and 4-H clubs through the Monroe County University of Illinois Extension office have a way for younger exhibitors to still gain competition experience.

The junior poultry showing will be held as it normally would – with cages and participants speaking about their birds – but the presentation will be with pictures in the cages rather than the actual animals.

Monroe County 4-H Youth Program and Development Coordinator Kelly Brandt said they felt it was important to give young agriculturalists presentation experience, even without the ability to have live animals on site.

Schrader said cooperation from organizations such as the U of I Extension, local businesses and other community partnerships are what have helped the fair remain a Monroe County staple.

The relationship is also a reason improvements continue to be made at the fairgrounds.

Schrader said the fair association – which has grown to nearly two dozen members and superintendents in addition to many volunteers – continues to work in order to make the fairgrounds a place the community can gather throughout the year, not just during fair week.

The fairgrounds are home to such annual events as the Monroe County Sheep Producers Sheep and Craft Festival in the spring and the Waterloo Band Parents Flea Market during Labor Day weekend.

A recently installed 30-foot-by-50-foot electronic message board by the east entrance to the fairgrounds was put in place in order to keep the community up-to-date on events.

Also new at the fair this year will be the inaugural Monroe County Wine Competition for local vintners.

Also for the 75th anniversary, there will be a special booth with pictures and fair memorabilia in the commercial building for people to view at their leisure.

Making its return this year is the Monroe County Pork Producers food stand, which is back following a two-year absence. There were no pork burgers in 2021 and the entire fair was canceled in 2020 due to COVID-19.

Another element making its return after many years is a fireworks display following FFA Fun Night on July 31.

The fireworks seem like a fitting way to signal the end of the 75th anniversary of the Monroe County Fair  and also mark the beginning of the next 75 years.

To find out more information about the fair, including a detailed event schedule, see the special section in this week’s paper or visit monroecounty-fair.org.

To re-live memories of past fairs through the images of the Bob Voris archives, click here.