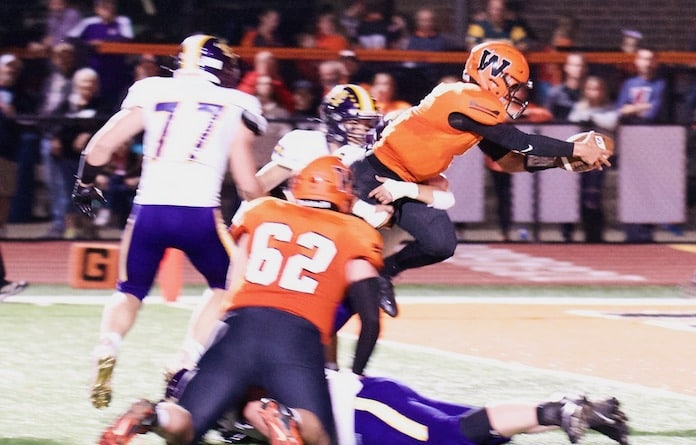 The Bulldogs struck first via a 15-yard touchdown run by Jack McFarlane to make it 6-0 in the final minute of the opening quarter.

The second quarter belonged to Civic Memorial, however. The Eagles scored on a 40-yard TD run and a short TD pass to take a 14-6 lead into the locker room at halftime.

Waterloo came out and took charge of the third quarter. Bulldogs quarterback Aidan Morrow threw a 28-yard TD pass to Josh Dluhy at 8:17 of the third quarter and Evan Davis ripped off a 25-yard TD scamper at 5:07 to put the ‘Dogs up 21-14 entering the final frame.

The score remained that way until a Civic Memorial touchdown with just 2:30 left in regulation.

Waterloo was unable to score on its final possession, sending the game into overtime.

A 30-yard field goal by Lexi Stephens was answered by a one-yard TD run for Civic Memorial to give them the victory.