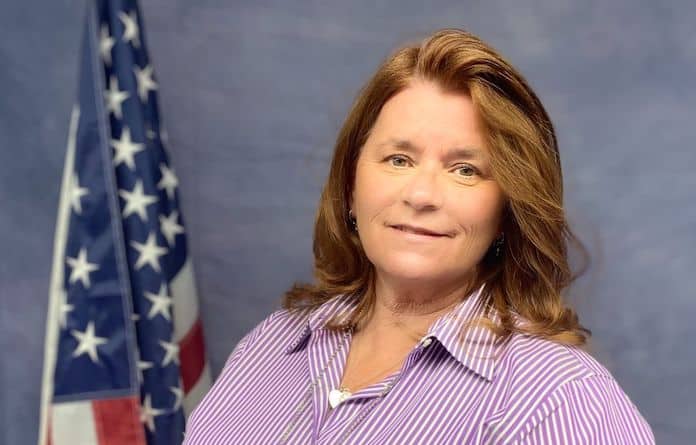 Columbia Police Department Detective Kelly Bramlett was honored over the airwaves on July 1 with her final 10-42 sign-off as she began her retirement from nearly four decades in law enforcement.

“Detective Bramlett is one of the best law enforcement professionals I’ve ever been blessed to work with,” Columbia Police Chief Jason Donjon said. “Kelly is even a better person and friend to everyone at the Columbia Police Department and will be truly missed.”

Bramlett had been with the CPD since 2009. Prior to her time in Columbia, she spent nearly 25 years with the Illinois State Police.

With ISP, Bramlett served as road trooper assigned to the East St. Louis detail for 10 years, a task force officer for the U.S. Marshals Felony Apprehension Unit, an agent for Metropolitan Enforcement Group of Southwestern Illinois, a K-9 officer with her K-9 partner, Raven, an investigator for the ISP Homicide Unit, and an investigator with the Major Case Squad of Greater St. Louis.

In May 2009, she was the Major Case Squad lead in the Christopher Coleman triple-homicide investigation in Columbia. As she was set to retire from ISP, the CPD asked her to join its department and continue her work on the Coleman case.

For the past 13 years, she investigated abuse, homicide and burglary cases in Columbia and surrounding area.s

“Kelly was a top notch investigator, always seeking justice for the victims in each and every case.  She truly cared and put her heart and soul into these cases.  Not only was she a great investigator, she was a friend to all at the Columbia Police Department,” Columbia Deputy Police Chief Karla Heine said.