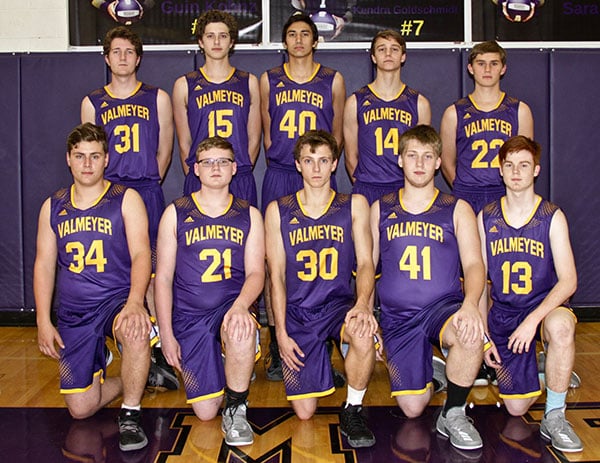 Neil Siburt, who has served as an assistant boys hoops coach for the Pirates the past two years, steps into the head coaching role vacated by Rick Crossin. Siburt previously served as head coach of the Valmeyer girls basketball team before that and is also Valmeyer’s head soccer coach.

He takes over a Pirates team that went 15-15 last season and lost several seniors to graduation, including leading scorer Michael Chism.

“Last year, we underachieved,” Siburt said. “Our goal is to at least have the same amount of wins as last season because I know we’re good enough.”

The only returning player from last year’s squad to play in every game is junior Philip Reinhardt. A standout pitcher and hitter on the baseball team, Reinhardt averaged nearly 12 points per game from the point guard position last season.

This year, he’ll be manning the shooting guard position. Also returning is junior Riley McCarthy, who logged valuable minutes last season and will run the point this winter.

Sophomore Jacob Rowold put some talent on display last season in limited action and will play at guard/small forward.

The rest of the team is basically unfamiliar with the varsity level of high school hoops, Siburt said.

“The rest of our guys are pretty much starting new,” he said. “They all need to step up.”

The team dropped its season opener, 46-42, to Gillespie at the Metro-East Lutheran Thanksgiving Tournament on Nov. 19. Reinhardt scored 16 points and Rowold added 14 points and eight rebounds.

Siburt said his team is aggressive on defense and very competitive.

“We’ve got a well-rounded team,” Siburt said. “I don’t expect them to do anything poorly.”

The challenge, he said, will be the time it takes for his players to gel together as a team.

“We’ve had talent in the past but never came together as a unit,” Siburt said.

In the Kaskaskia Division of the Cahokia Conference, Siburt expects Valmeyer to compete with Red Bud, Steeleville and Lebanon.