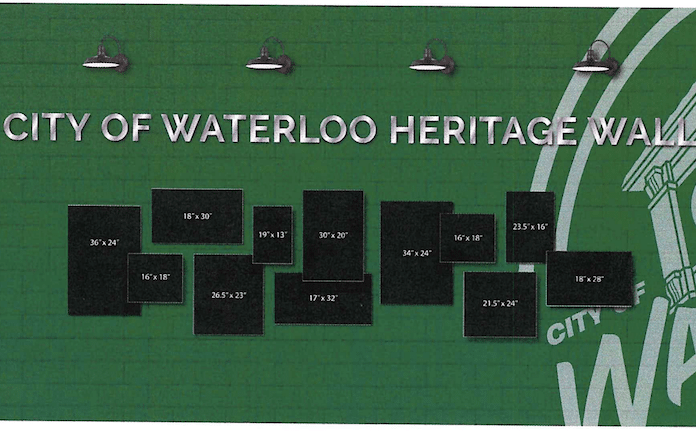 During last Tuesday’s meeting of the Waterloo City Council, aldermen approved the creation of a Waterloo Heritage Wall on the north side of Frederico’s Restaurant, 114 N. Main Street.

Summit Sign + Graphics will perform this project at a cost of $19,166.76 to be paid from the city’s video gambling proceeds.

Each plaque on the wall will highlight a different aspect of Waterloo’s heritage, Waterloo Community Relations Coordinator Sarah Deutch said.

“For example, one will be ‘Legend Tells of How Waterloo Got Its Name,’ there will be some on the Bellefontaine and Peterstown houses, one on how Waterloo was originally laid out, one on early government, etc.,” she said.

In other news from the meeting, the council gave approval of special use permits for Phillip and Angela Kelley to develop a combined commercial/residential project at 231 W. Mill Street, which is currently the site of an inactive car wash.

The next meeting of the Waterloo City Council takes place at 7:30 p.m. Monday, Sept. 19, at City Hall.