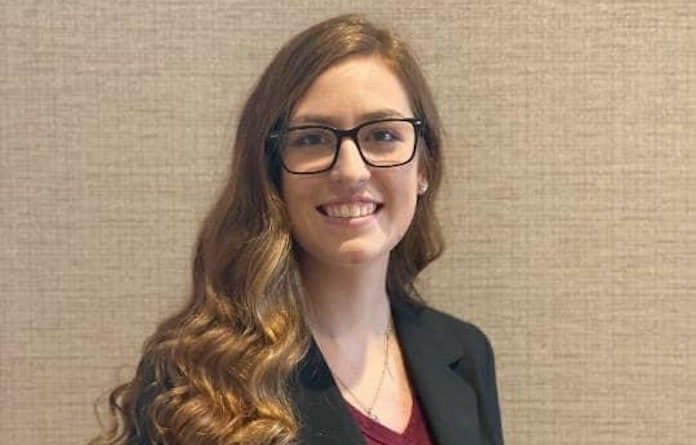 Not too long ago, Elaine Rudolphi was attending numerous conferences as a member of the Olney FFA.

Now, she will be joining the Waterloo FFA next academic year as the high school’s second agriculture teacher and its new chapter adviser.

Rudolphi, who is graduating from Southern Illinois University Carbondale in May, will replace seasoned agriculture teacher and FFA adviser Marissa Modglin as Modglin relocates to Iowa.

“I feel that moving from a membership role to an adviser role I can understand the power of upholding tradition as well as embracing change when needed,” Rudolphi said.

During her time as an FFA member, Rudolphi participated in multiple career development events, including parliamentary procedure, public speaking and horticulture. She also made a name for herself as a young leader, serving in many leadership roles.

Rudolphi said she hopes to present the knowledge she learned as a student in FFA to WHS students.

“I learned many lessons while in the FFA,” Rudolphi said. “I hope to pass on to my students not only an understanding of agriculture – which is the backbone of our nation – but also things such as the value of hard work, the joys of giving back to the community through service and that corduroy looks good on everyone and all are welcome!”

After graduating high school, Rudolphi obtained a dual associates degree in applied science in agriculture business and production from Wabash Valley College. She then transferred to SIUC to major in agriculture education.

Rudolphi’s extensive knowledge of the field started well before her formal educational career, though.

“I grew up on a row crop and beef cattle farm in rural Illinois,” she said. “I was constantly surrounded by fields of corn, pastures dotted with cows and the closest neighbors to my home place were a squawking group of chickens. To say I stumbled upon agriculture would simply not be true. I have had a passion for agriculture since I was young that has only flourished with time that was spent in organizations such as 4-H and the FFA.”

Rudolphi will work alongside Colton Henry, who is finishing his first school year as an agriculture teacher and FFA adviser at WHS.

She said she is looking forward to combining their strengths to make FFA and agriculture classes the best they can be.

“I aspire to bring the necessary knowledge, skills and ideas needed to effectively synergize with Colton Henry to continue to grow the agriculture education program as well as the chapter,” Rudolphi said. “ My vision for the Waterloo FFA program is to maintain the success that it has seen in the past, cultivate the new leaders needed to take on the inevitable changes and allow tradition, knowledge and wisdom of those that have come before me to guide the trajectory.”

While Modglin said the decision to move was tough, she is confident in leaving Rudolphi and Henry with the reins.

Modglin said she hopes Waterloo FFA expounds upon the great legacy it has already created.

“I hope Waterloo FFA continues to provide leadership and personal growth opportunities to its members, WHS students and the community,” Modglin said. “These opportunities are endless through FFA and I hope the success of the chapter continues for many years to come.”