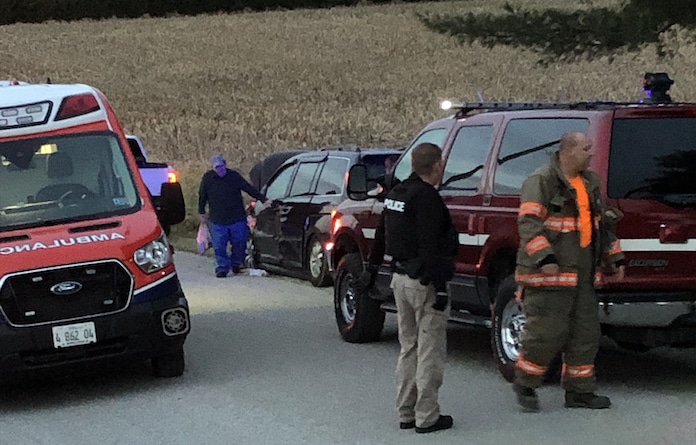 Emergency personnel responded shortly after 4:45 p.m. Tuesday to a two-vehicle crash reported in the area of 5116 Beck Road in far eastern Monroe County.

Police said a 2008 Honda Odyssey driven by Raylene A. Lindley, 47, was driving up a hill crest and did not see an oncoming 2019 Chevy Tahoe driven by Stephanie M. Mohr until it was too late, resulting in a near head-on collision.

Lindley and a passenger in her van, David A. Lindley, 54, were transported by ambulance to Red Bud Regional Hospital for treatment of minor injuries.

Neither Mohr nor her 12-year-old male passenger required medical transport from the scene.