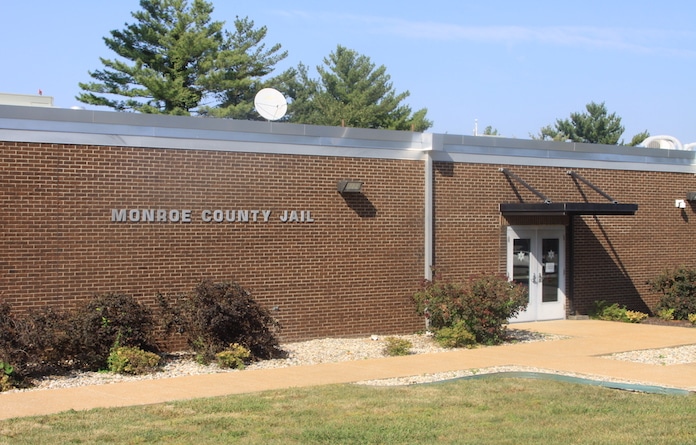 Two lawsuits were recently filed against the Monroe County Sheriff’s Department. One suit was filed by a former employee, the other by the family of a former inmate.

A former deputy filed a breach of contract lawsuit last week against Monroe County and Sheriff Neal Rohlfing, seeking judgement in excess of $50,000 each on two counts.

The suit, filed Thursday in Monroe County Circuit Court by Christian Unser, alleges that a separation agreement signed by both he and the MCSD states that the sheriff’s department “shall only give a neutral reference to any outside inquiries and will not indicate ’No’ on any inquiry in regard to a question as to whether the employer would hire the employee again.”

Unser, who left the MCSD in December 2020, claims he was denied a position with a security company this past September after the MCSD marked “No” on that question during an inquiry from the potential employer.

Family members of Joshua Glaus, a New Athens man who died Dec. 13, 2019, while he was an inmate at the Monroe County Jail, are suing Monroe County, Rohlfing and several MCSD deputies and jail employees for their alleged role in Glaus’ death.

David and Crystal Glaus are suing as individuals, and David is also suing as executor of Joshua’s estate.

Joshua was arrested Oct. 30, 2019, and later committed suicide while an inmate. A review by Illinois State Police finalized in July 2020 found no evidence of wrongdoing.

The nine-count complaint filed Dec. 10 alleges that those responsible for Joshua while he was in custody at the jail were “deliberately indifferent to the care, treatment and safety of Joshua Glaus” and are liable for his death.

Monroe County is named “solely in its capacity as idemnitor.”

Charges specifically against Rohlfing only are based on his legal standing as head of the sheriff’s department, including failure to accommodate an individual under the Americans with Disabilities Act.