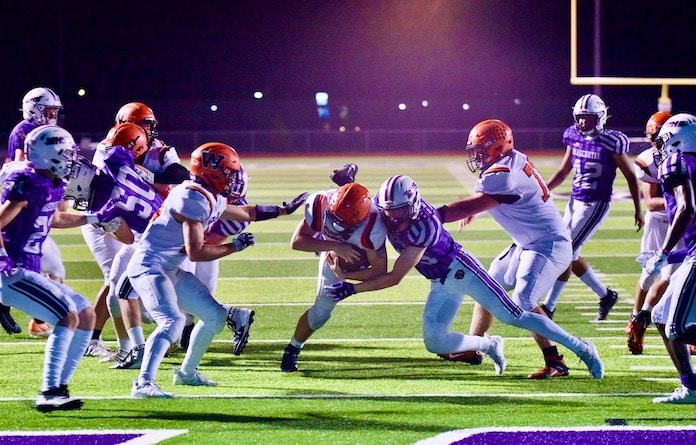 Five lost fumbles cost the Bulldogs dearly in this one.

Evan Davis put Waterloo on top early on a three-yard touchdown run at 10:16 of the first quarter. Lexi Stephens’ extra point kick made it 7-0.

Mascoutah answered with a touchdown drive of its own, capped off by a 31-yard TD strike from quarterback Chase Hanson to Shaun Kendrick.

The Bulldogs fumbled multiple times on their own side of the field, giving Mascoutah good enough field position to take over the game. And that’s exactly what the Indians did.

In all, Hanson threw for 298 yards and four scores on the night.

The Mascoutah lead was 42-7 in the fourth quarter when Waterloo got two late rushing scores by Tanner Fry.

The Bulldogs defense was led by Brandon Lloyd, who recorded eight tackles and 10 assists.