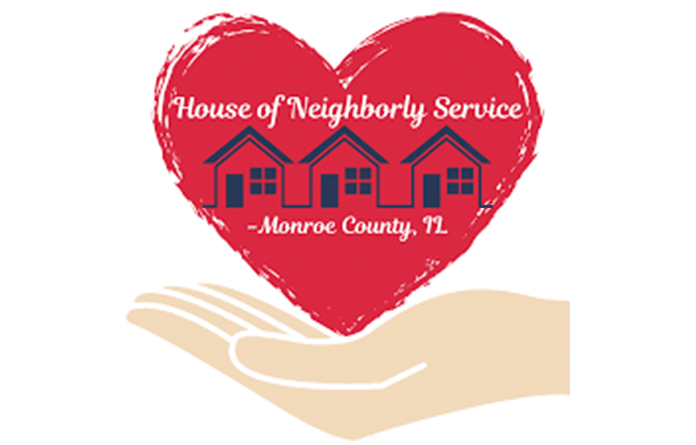 With Thanksgiving over, many local groups are now focusing their efforts on preparing for the next big holiday.

Monroe County House of Neighborly Service is starting its Holiday Outreach Program, which allows local families, individuals, groups and more to “adopt” another local family for the holidays.

The program is completely anonymous, with donors only knowing ages, genders and Christmas list items of the family they are shopping for.

“We take the clothes sizes and shoe sizes for kids, and then we do three wish list items. That can be something they want, something they like or something they need,” HNS Executive Director Tina Charron explained. “We will also have a bunch of extra gifts in the office (so) that when the parents come in to get their gifts, they’ll be able to go … to the back of the office and choose a couple of extra gifts to go with them.”

Charron said while the deadline to be adopted is Dec. 1, those who missed the deadline may still pick up some of the extra gifts.

To sign up to be adopted, families should call 618-939-8900. Those wishing to shop for a family should call this number as well. All gifts will be collected by Dec. 13 and distributed on Dec. 15.

HNS would not be able to lead this effort without the help of others.

“It’s honestly just a big community effort to make sure that all the needs are met for the families and that they have a great Christmas,” Charron said.

The Oddfellows donate 100 hams to HNS each Christmas season, all of which are sourced from local meat suppliers.

“Our members are there to share in the hospitality and to help distribute the hams,” Oddfellows financial secretary Steve Crook said.

Charron said with the success of this year’s HNS Thanksgiving food baskets initiative, she is excited to see how the community will pull together for Christmas.

“We have some very generous folks in town that love to make sure that their neighbors are well taken care of and that they have a great holiday, no matter what it is – Thanksgiving, Christmas, whatever,” she said. “It’s just a special feeling to see everybody come together. We had so much donated at Thanksgiving that we were able to bless families with some extra food as well as their Thanksgiving food!”

After her longstanding holiday giving traditions were crushed by the pandemic, Waterloo Junior High School eighth grader Sage Lewis decided to direct her efforts to HNS.

The school helping with the Thanksgiving food baskets sparked the idea to host a Holiday Meat Raffle to benefit HNS.

“She’s always helping people,” Amanda Lewis, Sage’s mother, said. “We used to help over at the American Cancer Society. On Christmas we would feed all of the cancer survivors over at Hope Lodge in St. Louis, but with COVID and all of the restrictions over the past couple of years, they don’t want us to come in.”

Sage’s grandmother is friends with Cahokia’s Bar 365 manager Craig Greer, who has held several charity events in the past. In talking with her grandmother, Greer and others, they decided the Dec. 12 event will include meat raffles, 50/50 raffles, two $100 winners, one grand prize $300 winner and more.

“She picked Monroe County House of Neighborly Service because it was local and she wanted to give back to the community. She knew she wanted to do something, she just didn’t know how to do it (until) her grandma gave her the idea,”  Lewis said.

In keeping with the HNS mission, Charron said all funds raised will be put back into the community.

She said she could not thank Sage enough.

“It takes a special kid to step up and realize there’s some other greater needs in the world or in their community I guess they should say than what’s going on right in front of them. They can see the bigger picture. So we’d like to thank her,” Charron said.

“We go to our church, which is St. Peter & Paul Catholic Church, and I hand out (wish list information for) these kids to the parishioners  and they buy one of the gifts the child asked for and turn it into us. Then we organize them, wrap them and take them down there so that they have them for the last day of school when they hand out the gifts,” Bradley explained.

In past years, Superior Express has donated a truck and driver for this use, but Bradley said because they will be transporting less gifts this year, this need is not there.

“In the past years, we have done as many as 125 kids from there, but like everywhere else, people are not sending their kids to places and all that, so we’re only doing 40 this year from there,” she said. “I think (within) the next year or two, it will pick back up to what it has been in the past.”

Bradley said there is such a large need at the center, making this project extra special.

The Waterloo Optimist Club has its own way of ensuring every kid has a gift sitting under the Christmas tree through their Toys for Tots initiative. Optimist Vice President Harold “JR” Wallace Jr. chairs the Toys for Tots program along with his wife.

Wallace explained the Optimists partner with Bob Lohman, a guidance counselor at Waterloo High School, to reach out to district families who might need some extra help this holiday season.

“They know the families that are in need and (Lohman) usually reaches out to them to see if they’re interested, and they can either accept or decline,” Wallace explained.

Because Toys for Tots serves families, the group has purchased gifts for children who are a few months old to seniors in high school.

The list Lohman gives the Optimists does not include names, but does have age, gender and what they are interested in. After setting a money limit for each child, Optimist members do the shopping.

“We usually do a money limit, so if they have bigger stuff on their list, they may not get as much,” Wallace explained. “With that being said, we come from a very, very fortunate, very well-off area, but there’s still a lot of need. You have parents that make out these lists for their kids and they add, ‘He needs underwear’ or ‘She needs socks,’ or something like that.”

Each child also receives a new pair of shoes under the tree. Last year, Wallace said the club bought over 40 pairs of shoes, with Shoe Carnival supplying a discount.

“My wife and I set up a long time ago that we would go shoe shopping because we think every kid needs a new pair of shoes, a good pair of shoes,” Wallace said.

The community can help the Optimists in their efforts by donating unwrapped toys, gloves, socks, hats, deodorants and items of the like. The Republic-Times office and Waterloo City Hall both serve as drop-off points.

“Anything and everything helps,” Wallace said. “What we can use there we usually don’t add into the price of what we spend per kid, so that’s just something extra. Usually whatever is left over after we get done we take it to House of Neighborly Service so they can disperse as they feel necessary.”

“The Outsider usually put up a donation-type Christmas tree and you fill out a little card, put it on there, donate your money and they give all of that money to the Optimist Club and we use it for either Toys for Tots or something else that we deem necessary through the course of the year with giving back to the kids in the community,” Wallace said.

Of course, the Optimists also have their tree lot, which is located at Curt Simshauser Photo/Cinema Studios, 725 N. Market Street. Proceeds from this fundraiser go to various community efforts.

These trees are not the only ones in town, though.

This year, the Waterloo Rotary Club Tree of Lights is once again on the courthouse square after a brief hiatus last year.

As the club gets closer to meeting its $45,000 goal, a makeshift thermometer rises. Monetary donations can be dropped off at any State Bank branch or mailed to P.O. Box 148, Waterloo. Checks should be made out to “Waterloo Rotary TOL.” Mark Altadonna said the Tree of Lights campaign goes a long way in supporting the community.

“We provide 300 gift certificates distributed at the holiday season for $25 a piece. So, $7,500 goes to gift certificates that are distributed by Human Support Services, House of Neighborly Service and the wellness program at the Waterloo High School,” Altadonna said. “Beyond that, we have a list of local agencies that we give grants to and they’re all involved with helping families in need.”

Monroe County EMS is collecting donations for the U.S. Marines’ Toys for Tots Foundation. On Dec. 12, ambulance personnel will be at the Waterloo Walmart collecting unwrapped toys from 9 a.m. to noon.

Columbia Caring for Our Community is also collecting toy donations, which can be dropped off at the Columbia Police Department.

Group president Steve Patton said toys will be donated to Columbia School District families in need, and vice president Kelly Landgraf shops for needed goods that were not donated.

“CPD is honored to be a part of this program and so proud to serve a community with such generous and caring citizens!” Columbia Police Chief Jason Donjon said.